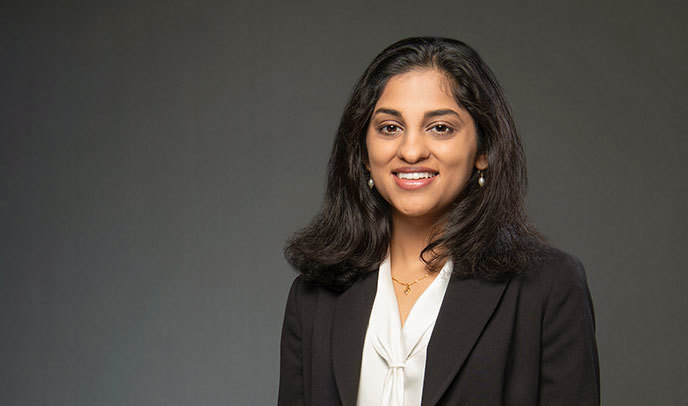 Kuhu Parasrampuria
Attorney
kparasrampuria@morrisjames.com
302.888.6812
View Bio
Kuhu Parasrampuria is an attorney in the Corporate and Commercial Litigation Practice Group. She focuses her practice on counseling and litigation involving corporations and other …

This case illustrates not only that plaintiffs who have only unmatured and contingent claims against a transferor have standing to seek relief under the Delaware Uniform Fraudulent Transfer Act (“DUFTA”), but also that they must comply with that statute’s rules for timely filing to avoid dismissal. Here, the plaintiffs are a class of insureds who hold long-term care insurance policies and insurance agents who receive commission payments from selling the insurance policies. The defendant is Genworth Life Insurance Company (“GLIC”), which underwrote the insurance policies at issue. GLIC allegedly made fraudulent transfers between 2012 and 2014 while GLIC was near insolvency by: (1) declaring $410 million in dividends, and (2) terminating intra-company contracts that provided financial support. The plaintiffs filed an action in 2018 in which they argue that GLIC’s fraudulent transfers violate the DUFTA.  More ›

Appraisal of Panera Bread: Court of Chancery Again Defers to Deal Price, Denies Request for a Refund of the Amount of Synergies

JAB Holdings B.V. (“JAB”), a private company that also owns Einstein Bros., Caribou Coffee and Krispy Kreme, acquired Panera Bread Company (“Panera”) via a cash-out merger for $315.00 per share on July 18, 2017. Multiple dissenting shareholders (the “Petitioners”) filed an appraisal action, asserting that the fair value of their shares was $361.00 per share. Post-trial, the Court of Chancery disagreed with the Petitioners, ruling that the deal price minus synergies was the best evidence of fair value. This was because Panera had followed a reliable sale process and any flaws in that process did not undermine its reliability. Specifically, the Court held that, among other factors, the parties’ arm’s length negotiations, Panera’s disinterested and independent board, price increases during negotiations, the fact that no other parties bid on Panera either before or after the announcement of the merger, and the outreach that Panera did with potential buyers provided persuasive evidence of a reliable sale process. More ›

This case exemplifies the Delaware courts’ approach to examining demand futility. In 2016, Uber Technologies, Inc. (“Uber”) acquired Ottomotto LLC (“Otto”), a company started by a contingent of employees from Google’s autonomous vehicles group, in order for Uber to gain expertise in developing autonomous vehicles. The shareholder-plaintiff brought a claim, on behalf of Uber, against some of Uber’s directors. The plaintiff alleged that Uber’s directors ignored the risks presented by Otto’s alleged theft of Google’s intellectual property, which eventually led to Uber paying a settlement of $245 million to Google and terminating its employment agreement with Otto’s founder. More ›

This case serves as a cautionary tale when sellers’ representations in a purchase agreement fail to fully protect against the business risks in question.  According to the Court, this approach encourages contracting parties to allocate risks and draft agreements with precision.  This principle also aligns with Delaware’s pro-contractarian policy to enforce strictly the terms of parties’ agreements, especially when sophisticated parties at arm’s-length negotiate those agreements. More ›

This decision demonstrates the rare case where a breach of the implied covenant of good faith and fair dealing survived a legal challenge and resulted in a jury verdict in favor of the plaintiff. The case arose from a patent license and settlement agreement resolving a patent ownership dispute over the use of antibodies to treat Lupus. The 2008 settlement agreement gave ownership of the inventions to the defendants and obligated them to pay royalties to the plaintiff DRIT and its predecessor in interest. After paying the royalties for several years, in 2015, the defendants filed a request for a statutory disclaimer of the patent in question and notified the plaintiff that the disclaimer had the effect of eliminating any ongoing claim for royalties.  This event was not addressed in the parties’ agreement, and the court in post-trial motions upheld the jury’s verdict in favor of the plaintiff on its implied covenant claim because the evidence supported findings that the defendants’ exercise of the  disclaimer in these circumstances was an unusual event that the parties would not have reasonably anticipated, and the disclaimer was not a normal rational action and was taken solely for the purpose of discharging defendants’ royalty obligations. The Superior Court found that the defendants simply had not presented sufficient evidence to convince the jury that the defendants had a credible business justification for filing the disclaimer. The Superior Court also rejected a challenge to the testimony of plaintiff’s industry expert that the defendants’ rationale for use of the disclaimer fell outside normative, rational behavior in the circumstances. The court thus found that the jury reasonably could have found the defendants’ proffered justification to be pretextual and not credible.

Finally, the court granted damages in the form of royalties to DRIT from the time of the defendants’ breach to the date of the jury’s verdict, with a declaration of ongoing royalty obligations through the expiration of the patent. Going forward, the future royalty would be determined by the sales of the licensed drug. The court held that its ruling would uphold the expectation of the parties at the time of contracting, which was that DRIT would continue to receive royalties until the patent expired.

When a stockholder derivative claim is extinguished in a merger, the former derivative plaintiff may have standing to contest the merger directly on the ground that the entity’s fiduciaries permitted a material litigation asset to be extinguished in the merger process without value to the stockholders. In the well-known precedent In re Primedia Stockholders Litigation, 67 A. 3d 455 (Del. Ch. 2013), the Court of Chancery established a three part standing test: 1) Was the underlying claim viable? 2) Was its value material in light of the merger consideration? 3) Did the company fail to receive value for the claim in the merger because the buyer would not be willing to pursue it? Applying this test, here the Court ruled that the former unitholder and derivative plaintiff lacked standing to attack the merger and dismissed the claim.  More ›

This case again illustrates the contractual nature of Delaware alternative entities and the important interpretive role the courts perform construing alternative entity agreements when internal governance disputes arise. The case arose out of the parties’ competing requests for declaratory judgment regarding Caiman Energy II, LLC’s (“Caiman”) limited liability agreement (“LLC Agreement”). The Defendants, including Caiman and EnCap Capital Management (“EnCap”), argued that the provisions of the LLC Agreement grant EnCap plenary power with respect to a Qualified IPO, including the ability to change the definition of a Qualified IPO and to modify the procedures the contracting parties would otherwise have to take relating to a Qualified IPO. EnCap asserted that it could implement an Up-C IPO using its authority to effect a Qualified IPO. An Up-C IPO refers to a transaction whereby a limited liability company (“LLC”), which is taxed as a pass-through entity, performs an IPO through a holding company that has an interest in the LLC. Plaintiff Williams Field Services Group, LLC (“Williams”) contended that the Encap proposed Up-C IPO was inconsistent with the terms of the LLC Agreement.  More ›