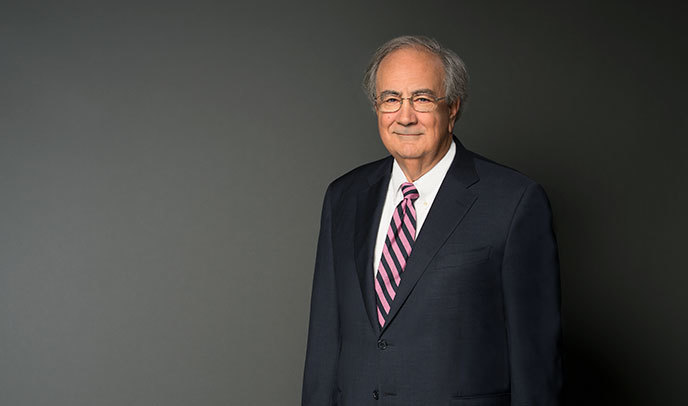 Edward M. McNally
Of Counsel
emcnally@morrisjames.com
302.888.6880
View Bio
Edward M. McNally has more than 40 years of experience applying Delaware law. He is recognized for his knowledge of Delaware law in Delaware’s state and federal courts. Clients have …

Control disputes, like those under Section 225 of the DGCL, are summary, narrow proceedings limited to the issues regarding title to office.  The Court of Chancery will not hear or decide “collateral” matters.  Whether something is collateral turns on whether it is necessary to decide it to resolve the claim to office.  That, in turn, depends on the particular facts and claims of the case.  All this is due to the jurisdictional limitations of statutory control disputes as well as the policy of securing prompt resolutions.  In this summary judgment ruling, the Court declines to deem certain defenses collateral that related to the validity of a stockholder consent under equitable principles.  The ruling also addresses when a consent is treated as technically effective under Delaware law, i.e., usually upon delivery.

Under the Delaware Supreme Court’s Gentile decision, a claim may be dual-natured, meaning partially derivative on behalf of the corporation and partially direct on behalf of the stockholder.  One allure for plaintiffs of successfully pleading a dual-natured claim is avoiding the pre-suit demand-on-the-board requirements for purely derivative claims.  So it is not uncommon for plaintiffs to try to plead and argue into Gentile.  But Gentile has been limited to claims involving deals with a controlling stockholder that unfairly dilute the other stockholders of both economic and voting rights.  The Delaware Supreme Court recently clarified that in its El Paso decision.  And Delaware courts have been cautious in applying Gentile of late. More ›

Delaware law recognizes a claim for breach of fiduciary duty based on insider trading under the Brophy decision.  This is an important opinion because it recognizes an extension of potential liability under Brophy for trades made, not by the insider himself, but by an entity he or she controls.  It is a natural extension that furthers the important policy of preventing insiders from profiting based on non-public information.  The opinion also addresses demand futility principles under Braddock.  That decision deals with how to conduct a demand futility analysis on an amended complaint after changes in the board’s composition.

Lately, the Delaware Supreme Court has given great weight to the deal price in appraisal cases.  As a result, plaintiffs have put a greater focus on showing that the process leading to the merger makes that price unreliable, potentially because of breaches of fiduciary duty.  One strategy for recovery is to file a breach of fiduciary case after obtaining valuable discovery in the appraisal case.  This decision explains when such a fiduciary duty case can go forward notwithstanding the appraisal proceeding seeking to recover for the same loss.  More ›

The Court of Chancery respects zealous advocacy, but demands professionalism and degrees of civility, among counsel and the parties.  Every few years a non-Delaware attorney admitted pro hac vice goes too far in aggressively representing his or her client in a Delaware litigation.  This decision discusses boundaries that should not be crossed, especially in a deposition.  Name calling, sarcasm, aggressive behavior, and other forms of bullying are not permitted and may result in the loss of the right to practice before the Court.

This decision has two helpful analyses.  First, it addresses the conspiracy theory of jurisdiction under the well-known Instituto Bancario decision, which permits a Delaware court to exercise jurisdiction over a defendant based on the Delaware acts of its co-conspirators.  Notably, the plaintiff in this case was a Delaware entity with its principal place of business in the State, providing a jurisdictional hook for that theory.  Second, it explains when a plaintiff is on inquiry notice so as to end any tolling period and start the statute of limitations clock.

By Edward M. McNally on December 11, 2018
Posted In Breach of Contract

This is an interesting decision because it deals with the rare instance when a party can prove a mutual mistake as to a contract’s terms so as to avoid having to comply with those terms. Here both a borrower and a loan officer clearly agreed a loan could be repaid without penalty. The actual loan documents had a prepayment penalty that the borrower did not read before signing. The Court held the borrower was excused from catching that penalty clause given the assurance he had there was no prepayment penalty.

Court of Chancery Explains When to Dissolve an LLC

Under Section 18-802 of the Delaware LLC Act, the Court of Chancery may dissolve an LLC when it is “not reasonably practical” for it to carry on its business in conformity with its LLC agreement. This decision explains when that might occur, such as when the defined purpose becomes impossible to fulfill.

The Court of Chancery has long demanded that litigants abide by the discovery rules and respect scheduling orders. This is an excellent summary of Delaware discovery obligations and a good list of many ways a litigant can go wrong in responding to discovery. More ›

This case with a tortured history presented an interesting issue regarding when a creditor is required to renew a judgment in the Superior Court.  The Court held that plaintiff (the judgment creditor) was required to renew the judgment after five years pursuant to 10 Del. C. § 5072.  Although the creditor did not renew its judgment within five years, the Court granted the creditor’s motion to renew the judgment retroactively because of the prior practice of not requiring such motions until ten years after a judgment’s entry, and the creditor’s failure was not attributable to his negligence because of intervening events, including a Supreme Court ruling, that occurred.

This is an interesting decision because it explains when there is privity between parties so as to preclude a claim that one party has resolved previously. Briefly, there needs to be a common interest between the parties without any conflicting interest that would make the settling party an improper representative of the other party.  In this action, the Court held that because of newly discovered evidence, the Court could no longer find that the parties were in privity, and it reversed its prior decision dismissing plaintiffs’ claims against one of the defendants on res judicata grounds.

By Edward M. McNally on November 26, 2018
Posted In Statute of Limitations

CorVel filed a complaint in the Delaware Superior Court in May 2015 arising out of a settlement of the underlying actions in January 2011.  The Supreme Court held that CorVel’s bad faith claim began to run in 2011, when CorVel settled an underlying arbitration and related class action.  Because CorVel did not file suit until January 2011, the applicable three-year statute of limitations barred CorVel’s claim.  The Supreme Court held that once CorVel could plead the necessary elements of a prima facia claim under Lousiana’s Bad Faith Statue, the cause of action accrued for purposes of Delaware’s statute of limitations.  In doing so, the Supreme Court held that it was not necessary for CorVel to actually obtain a ruling that the Homeland policy covered the claims before it could proceed with its bad faith action.

By Edward M. McNally on November 21, 2018
Posted In LLC Agreements

This decision holds that it is acceptable to make the needed disclosures to stockholders by sending them both a Form 10-K and proxy statement at the same time. However, this does not mean that it is possible to rely on past SEC filings when a proxy statement omits material information that was disclosed previously. The key is that the various documents need to be disclosed together.