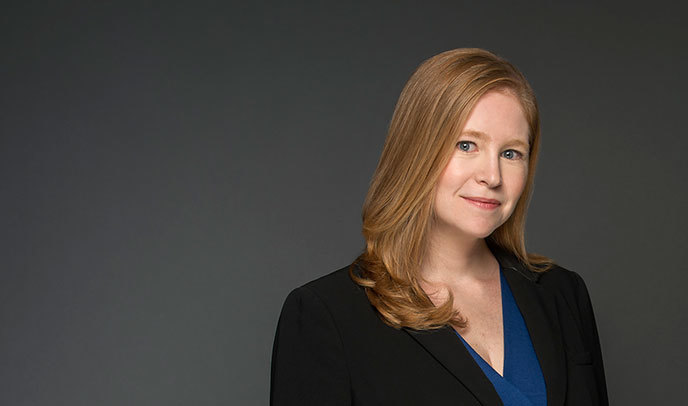 Plaintiff, a former stockholder of The Fresh Market, Inc. (the “Company”), brought claims arising out Apollo’s 2016 acquisition of the Company.

Because the directors benefited from exculpation under 8 Del. C. §102(b)(7), the plaintiff was required to sufficiently plead a breach of the fiduciary duty of loyalty. The Court rejected the novel argument that activist shareholders were exerting so much pressure on the board that the directors were motivated to protect their own reputations by approving a near-term sale. The Court reasoned that the directors’ reputations would be at far greater risk if they breached their duty of loyalty by orchestrating a sham auction, and that it would be irrational for them to harm their own pecuniary interests as shareholders. The Court also reasoned that, while they could have chosen other potentially value-enhancing paths, the decision to hold an auction and solicit bids from a wide field did not suggest “bad faith.”  More ›

The plaintiff brought suit seeking confirmation that it validly acquired from defendants a majority ownership interest and the concomitant right to manage Grupo Belleville Holdings, LLC (the “Company”), a Delaware limited liability company. The discovery motion at-issue addresses the confidentiality of emails between Plaintiff and his counsel – complicated by the fact that they are stored by a server owned and operated by the defendants. To explain, the defendants had provided the Argentina-based Company and its employees, including the plaintiff, with email addresses for the purpose of executing their job duties. The email addresses and the server on which the emails were stored were not owned by the Company, however; rather, it was known to all involved that they belonged to a separate company of the Defendants. The emails at issue were between plaintiff Lynch and two in-house Company attorneys who also provided legal advice to him on personal matters, distinct from advice they provided him in his capacity as the Company’s manager. In discovery, Lynch sought to vindicate the privilege. He moved to compel the defendants to turn over the emails, but the defendants refused. More ›

Section 220 of the DGCL grants stockholders a qualified right to inspect corporate books and records “necessary and essential” to a “proper purpose.”  One recognized proper purpose is investigating potential corporate wrongdoing or mismanagement.  In such cases, the stockholder must establish a “credible basis” for the suspicion before the Court of Chancery will order inspection.  When a stockholder makes that showing, the Court has permitted use of the produced books and records to mount a proxy contest.  However, as the Court of Chancery observes in this decision, no Delaware court has compelled inspection “when the stockholder’s only stated purpose for inspection is a desire to communicate with other stockholders in furtherance of a potential proxy contest.”  And under the facts and circumstances of this case, the Court declines to be first.   More ›

Defendants brought an action in Montana state court against plaintiffs.  Plaintiffs later filed this action in the Delaware Court of Chancery, alleging several claims that shared a common nucleus of operative facts with those asserted in Montana.  Defendants moved to dismiss or stay the Delaware action under the McWane doctrine, which generally gives deference to a first-filed action in another jurisdiction and authorizes a dismissal or stay of a second-filed Delaware action.  More ›

This decision arose out of the dispute between once deadlocked co-owners of TransPerfect Global that played out in the Delaware courts over several years.  That heavily-litigated controversy resulted in the appointment of a Custodian by the Court of Chancery and a forced sale of the company as part of a Final Order, with one of the co-owners, Phil Shawe, prevailing as the buyer. More ›

Under Delaware law, executive compensation decisions by a corporation’s board of directors generally are entitled to deferential judicial review, and even more so when approved by the stockholders.  On the other hand, Delaware law generally imposes heightened scrutiny in the form of entire fairness review for transactions uniquely benefiting a corporation’s controlling stockholder, relying on the inherent coercion that accompanies control.  So what standard of review applies when an executive compensation decision benefits the company’s controlling stockholder and the stockholders approve it? More ›

Termination fee provisions are commonplace buy-side protection in M&A transactions intended to recoup a failed prospective purchaser’s otherwise sunk costs.  They can also provide substantial sell-side protection when drafted as an exclusive remedy.  But, as this decision illustrates, the level of protection depends on each contract’s specific terms.        More ›

It is well-settled Delaware law that the right to bring a derivative claim in the corporation’s name or a direct claim in the individual stockholder’s name is a property right associated with the ownership of shares and that those rights normally pass from a selling stockholder to the buyer.  Relatedly, Delaware law imposes two conditions for derivative standing: first, a contemporaneous ownership requirement, meaning the plaintiff must have been a stockholder at the time of the complained of wrong; and, second, a continuous ownership requirement, meaning the plaintiff must continue to be a stockholder to pursue its claims.  The rules are slightly different in the direct standing context.  In contrast to the continuous ownership requirement for derivative claims, a selling stockholder may retain the right to bring a direct claim by contract.  This decision explains and applies these concepts, finding certain stockholders lost both forms of standing when reaching a settlement, despite an apparent attempt to avoid that result in the relevant contracts. More ›

Defendant Pangea acquired BancTec through a merger agreement that provided for an earn-out to former BancTec stockholders in the event that Pangea’s controlling stockholder realized certain returns on its post-merger stock.  Plaintiff alleged that the earn-out was triggered when Pangea’s parent company became a wholly owned subsidiary of another company through a stock-for-stock transaction. More ›

As this Court of Chancery decision explains, the Delaware standard for imposing oversight liability on a board of directors under a Caremark theory is “exacting” and requires evidence of bad faith.  Combined with the heightened “particularized” pleading requirements of Court of Chancery Rule 23.1, stockholders face an uphill battle when pursuing an oversight theory as the basis for liability and for excusing a pre-suit demand on the board. More ›

After a 6-day jury trial before the Complex Commercial Litigation Division of the Delaware Superior Court, a jury found that Overstock knowingly violated the Delaware False Claims and Reporting Act (“DFCRA”) by failing to report and remit dormant gift card balances to the State of Delaware.  The jury verdict was for approximately $3 million.  The Court held that under 6 Del. C. §1205(a), the DFCRA’s damages and penalties provision, Plaintiffs are entitled to an award of civil penalties, treble damages, and reasonable attorneys’ fees and costs.  After finding that there was sufficient evidence presented to support the jury’s verdict, the Court then found that the statutorily mandated treble damages were not excessive or unconstitutional because they were not disproportionate to the harm caused and to Overstock’s level of culpability.  Finally, the Court held that the proper method for calculating reasonable attorneys’ fees and costs is the lodestar method, which is the method used most often in cases involving fee-shifting statutes including federal False Claims Act cases.  Under the lodestar method, the Court multiplies the hours reasonably expended against a reasonable hourly rate that can then be adjusted to account for additional factors such as the contingent nature of the case and the quality of the attorney’s work.

Plaintiff was assigned a membership interest in the defendant, a Delaware limited liability company, and sought to exercise books and records inspection rights.  But the LLC’s operating agreement circumscribed its members’ ability to transfer their interests, stating that any disposition without prior written consent of all members was “null and void,” and otherwise authorized only members to inspect books and records.  According to the Court of Chancery, because the transferor never received prior written consent for the transfer to plaintiff, the transfer was void under the LLC agreement, plaintiff was not a member of the LLC, and plaintiff had no right to inspect the LLC’s books and records.  In addition, the Court relied on the Delaware Supreme Court’s decision in CompoSecure, L.L.C. v. CardUX, LLC to find that the plaintiff could not rely on equitable theories to validate the transfer.  According to the Court, equity can only validate voidable acts, not void acts.  And the LLC agreement’s plain language in this case rendered the attempted transfer void, even if it would have been only voidable under common law.

Under Corwin v. KKR Financial Holdings LLC, 125 A.3d 304 (Del. 2015), Delaware courts generally will dismiss post-closing fiduciary duty claims arising out of M&A deals when the challenged transaction was approved by a fully-informed and uncoerced majority of the company’s disinterested stockholders. Several decisions since Corwin, including this one, have denied motions to dismiss under Corwin, finding the doctrine’s prerequisites were not satisfied. This decision also is notable for sustaining a bad faith claim against directors and claims against the investment bank Jefferies.  More ›