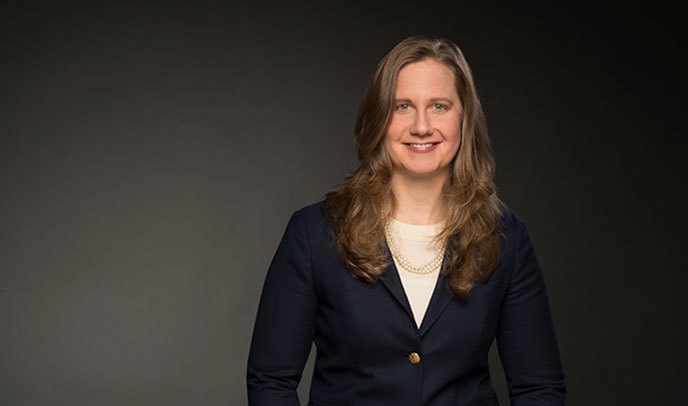 Kathleen A. Murphy
Attorney
kmurphy@morrisjames.com
302.888.6847
View Bio
Kathleen A. Murphy is an attorney in the Corporate and Commercial Litigation Group.  She focuses her practice on corporate, fiduciary, and commercial litigation. Prior to joining …

Showing 18 posts by Kathleen A. Murphy.

The Delaware Supreme Court affirmed the Court of Chancery’s dismissal of an alleged direct claim for dilution of the voting and economic interests of plaintiff stockholders because they failed to adequately plead that several venture capital firms constituted a “control group.”  The Court began its analysis with a review of the standard for a controller or control group under Delaware law.  In Gentile v. Rossette, 906 A.2d 91 (Del. 2006), the Court ruled that multiple stockholders can constitute a control group if they are connected in some legally significant way, such as by contract or other agreement, or working together towards a shared goal.  The Court noted the guideposts that define a “control group” established by In re Hansen Medical, Inc. Stockholders Litigation, 2018 WL 3025525 (Del. Ch. June 18, 2018) and van der Fluit v. Yates, 2017 WL 5953514 (Del. Ch. Nov. 30, 2017). More ›

The Court of Chancery held that plaintiff common stockholders’ fiduciary duty claims challenging the company’s overpayment for dilutive preferred stock issuances were derivative in nature because plaintiffs failed to adequately plead the existence of a controller or control group that benefited at the expense of the minority stockholders.  The Court evaluated the common stockholders’ arguments under the standard set forth by Gentile v. Rossette, 906 A.2d 91 (Del. 2006), which provides that minority stockholders may seek direct relief for dilution claims when a controller or control group benefits at the expense of the minority stockholders’ economic and voting rights.  Gentile requires that a plaintiff plead facts sufficient to establish that a control group’s members are connected in some “legally significant way” and work together toward a shared goal, such as voting or other decision making.  The Court also relied upon Dubroff v. Wren Holdings, which emphasized that the existence of a control group does not require a formal contract, but there must be some indicia of an actual agreement that amounts to more than mere parallel interests among the group members.  More ›

In Columbia Pipeline Group, the Court of Chancery applied the appraisal precepts established by the recent appellate precedent in DFC, Dell and Aruba to conclude that the deal price was a persuasive indicator of fair value.  After framing the current state of appraisal law and thoroughly examining the sales process, the Court found that the merger was the result of an arms-length transaction with a third party, and contained sufficient indicia of a fair process to conclude that the deal price was a reliable indicator of fair value.  In support of its finding that the sales process was fair, the Court also pointed to the lack of conflicts at the board level, the acquiring company’s due diligence, and that the target company contacted other potential buyers that all failed to pursue a merger. Additionally, the Court found that the target company extracted multiple price increases during the deal-negotiation process, and that no other bidders emerged during the post-signing phase, which is a factor that the Supreme Court emphasized in analyzing the fairness of the deal process in Aruba.   More ›

Delaware law provides for a default three-year statute of limitations period for breaches of contract, generally applicable to claims for breaches of representation and warranties and related claims for indemnification concerning stock purchase agreements or assets sales. More ›

This opinion decides a motion to dismiss fraud and related tort claims arising out of various investments against a former director and CEO and an employee of a controlling stockholder.

When the investments turned out to be worthless, the plaintiff investor brought suit for breach of fiduciary duties and common law fraud arising from information that the investor received before investing in a company controlled by a business colleague and friend.  More ›

Court of Chancery Addresses Stockholder Standing to Enforce Corporate Contracts, Declines to Dismiss Claim for Breach of Anti-Takeover Protections Akin to Section 203 of the DGCL

Section 203 of the Delaware General Corporation Law, an anti-takeover statute, prohibits a target from entering into a business combination with an acquirer for three years from the date that the acquirer first obtains 15% or more of the target’s stock, unless the target’s board pre-approves the transaction crossing the 15% threshold.  Here, to avoid Section 203’s three-year anti-takeover period, an acquirer sought pre-approval of its acquisition of a 48% block of shares.  The target’s board agreed, but on the condition that the acquirer enter into an agreement that retained Section 203’s three-year standstill period for one year.  A stockholder-plaintiff later brought suit arguing the acquirer failed to comply with the one-year standstill, and thus breached the agreement.  It also argued the acquirer’s breach of the agreement to shorten Section 203’s three-year standstill period to one year in effect revived the longer period, such that the merger was void ab initio under the DGCL.  When the defendants moved to dismiss claiming the stockholder-plaintiff lacked standing to enforce the target corporation’s agreement with the acquirer, the Court held that the stockholder sufficiently alleged it had standing as an intended third-party beneficiary.  The Court reasoned that provisions of the Delaware General Corporation Law have been likened to a contract that stockholders may enforce by suing directly.  Section 203 in particular was enacted to benefit stockholders by limiting hostile takeovers and encouraging fair, non-coercive acquisition offers.  Here, the target’s agreement with the acquirer adopted those protections for the same apparent purpose of directly benefitting stockholders. More ›

A recent Delaware Supreme Court Order emphasizes the risks associated with the presumptions of public access to court filings and the requirements of Court of Chancery Rule 5.1, which governs the sealing of documents filed with the Court.  Rule 5.1 requires a public version of any document filed under seal, with asserted confidential information redacted, to be filed within a certain number of days. At the trial court level, after ruling that the complaint must be unsealed because the parties’ initial completely-redacted public version failed to comply with Rule 5.1, the Vice Chancellor invited the parties to file a motion for reargument with a revised redacted version of the complaint for his consideration. Instead of moving for reargument, defendants filed an application for certification of an interlocutory appeal to the Delaware Supreme Court on the ground that the complaint was subject to confidential arbitration.  In accord with the Court of Chancery, the Delaware Supreme Court denied the interlocutory appeal request, ruling that the issue did not meet the standards for certification because the sole issue on appeal was the parties’ compliance with Rule 5.1, and not whether the complaint was subject to confidential arbitration.  The Supreme Court noted that the parties potentially could have avoided the claimed irreparable harm caused by unsealing the complaint if they had moved for reargument with a revised redacted version of the complaint that complied with Rule 5.1.

The absolute litigation privilege is an affirmative defense that bars claims arising from  statements made in the course of a judicial proceeding.  Here, the Delaware Court of Chancery addressed the scope of the absolute litigation privilege in response to a request for an injunction to bar defendant from prospectively disparaging plaintiff in other litigation.  The agreements governing an investment by defendant in the plaintiff’s funds contained confidentiality and non-disparagement clauses.  A falling out between the parties resulted in years of protracted litigation in Illinois and Delaware.  This Court of Chancery action for breach of confidentiality and non-disparagement clauses in the controlling agreements is based on information disclosed in the prior actions. More ›