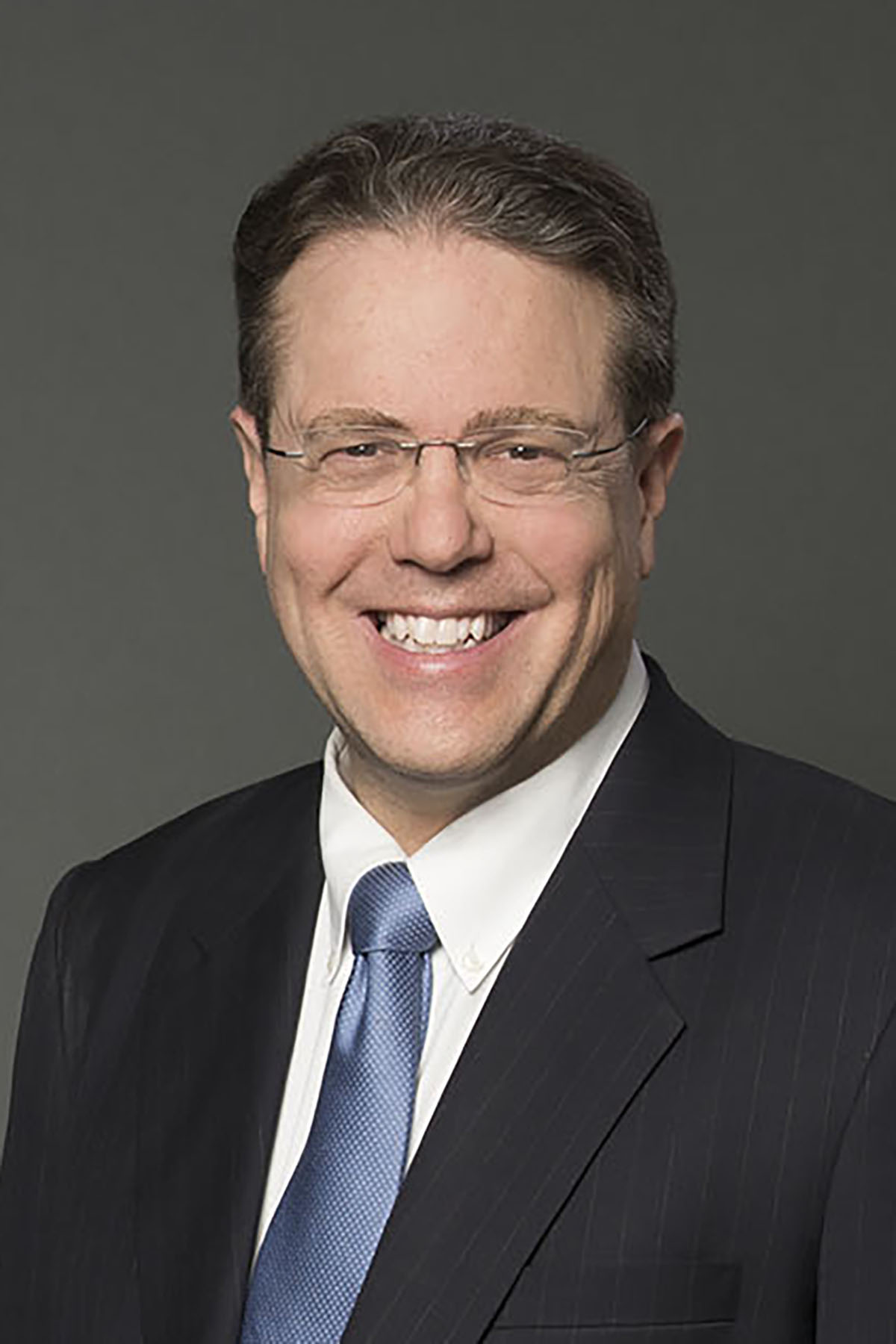 When a Delaware corporation engages in a sale of control transaction, its board's obligation is to obtain the highest value reasonably attainable. This obligation, often referred to as Revlon duties, may be fulfilled as long as the board acts reasonably even if its process is not perfect. A Delaware court reviewing a challenge to a board's exercise of Revlon duties does so with enhanced scrutiny to determine whether the board acted reasonably to maximize shareholder value. No single blueprint exists that a board must follow.

The recent Delaware Supreme Court decision in C&J Energy Services v. City of Miami General Employees' and Sanitation Employees' Retirement Trust, No. 655/657, 2014 (Del. Supr., Dec. 19, 2014), applies these principles in holding that a board is not required to run an auction to satisfy its duties as long as interested bidders "have a fair opportunity to present a higher-value alternative, and the board has the flexibility to eschew the original transaction and accept the higher-value deal." The case provides guidance to practitioners concerning not only the interplay of Revlon and preliminary injunction standards but also the limits to remedies against buyers who do not aid and abet a board's breach of fiduciary duties.

C&J Energy Services Inc. and a division of Nabors Industries Ltd. are both oil services providers. Nabors was considering options at the same time C&J was searching for acquisitions to grow its business. C&J had a seven-person board, five of whom were independent. No C&J board members had any prior affiliation with Nabors. In 2013, the C&J board authorized its founder, board chair and CEO, Joshua Comstock, to lead its search for strategic alternatives. The Nabors opportunity came to Comstock's attention via a pitch from an investment banker at Citi, according to the opinion. Normally, C&J would have used Goldman Sachs as its financial adviser, but Anthony Petrello, Nabors' CEO, wanted to use Goldman and suggested that Comstock work with Citi. Previously, Citi had been a financial adviser to Nabors and its lead banker was a social acquaintance of Petrello's. However, the record reflected that by 2011, Goldman was Nabors' primary banker. Comstock and the C&J board complied with Petrello's request and retained Citi in part because they did not want to interview other bankers and run the risk that news of the potential transaction would leak and adversely affect the economics of the transaction.

A primary rationale for the C&J/Nabors transaction was Nabors' domicile in Bermuda and the opportunity to reduce C&J's tax rate through a corporate inversion. This required that the transaction be structured with Nabors having majority control of the combined entity even though C&J was the acquirer. The ultimate deal contained several provisions to protect the C&J stockholders from Nabors' exercise of its majority control for at least five years, including that no sale of the company or its major assets be accomplished without all stockholders receiving the same type and amount of consideration on a per-share basis. This provision could only be amended by unanimous stockholder approval. (This and other super-majority provisions led to an argument that Revlon did not apply because there was no sale of control, an argument the court did not reach.)

Although Petrello originally requested that Nabors be valued at $3.2 billion, the ultimate financial terms reflected a valuation for Nabors of $2.86 billion. Nabors retained 53 percent of the equity of the surviving entity to facilitate the tax benefit. C&J also bargained for a nonsolicitation clause with a "fiduciary out" to enable C&J to negotiate with third parties post-merger agreement and pre-stockholder vote in specified circumstances and to terminate the Nabors deal for a superior proposal. The court described as modest the $65 million termination fee, which represented 2.27 percent of the deal value. Finally, because the C&J board asked Citi to provide financing, it retained a second financial adviser, Tudor, Pickering, Holt & Co. Securities Inc. Both presented fairness opinions to the board opining that the transaction would be fair to the stockholders and add value to C&J stock. Shares of both companies rose on the announcement of the deal and the court noted that analyst coverage was favorable.

From the outset, Petrello had assured Comstock that he would protect Comstock's financial interest in any transaction with Nabors. Although employment agreements were not negotiated until a couple of months after the parties signed the merger agreement, the terms of Comstock's agreement were substantially more generous than what he received at C&J, including a higher base salary and bonus and more generous "success equity bonus" of restricted stock. Comstock insisted around the same time that the C&J board approved the deal that Petrello sign a side letter affirming that C&J management would run the combined entity and endorsing his generous compensation package. Comstock threatened to not sign when Petrello initially balked, and emailed the board to inform it of this development; shortly thereafter, Petrello signed the letter with some modifications.

The plaintiff claimed that Comstock was improperly motivated by his desire for a lucrative compensation package, that he did not adequately keep the board informed, and that Citi acted more as a cheerleader for the deal than for C&J, resulting in a transaction the board approved without performing a reasonable market check either before or after the signing of the merger agreement. The Court of Chancery, while finding no conflict of interest for the majority of the C&J board and that the board was fully informed of C&J's value, held that there was a plausible violation of the board's Revlon duties due to the board's failure to conduct a market check. The court thus enjoined the stockholder vote for 30 days and ordered that C&J shop itself, holding that the go-shop would not constitute a breach of the nonsolicitation provision of the merger agreement.

The Supreme Court reversed because the record did not support that the plaintiff had shown a reasonable probability of success that the C&J board had failed to act reasonably to maximize value. While the court recognized some flaws in the process, it found that overall its conduct did not support a likelihood that the plaintiff could prove a failure to act reasonably. Critical to that determination was the independence of a majority of the board; a record reflecting many board meetings in which Comstock kept the board informed; the absence of any record of evidence that Comstock's tenure was threatened or that he may not have received a similar compensation package in an alternative transaction; the $340 million reduction in the purchase price; modest deal protection terms and the non-emergence of any competing bidders; the ability of the stockholders to reject the deal; the support of an independent holder of 10 percent of the company's shares; and the favorable stock market and analyst reaction.

The court thus concluded: "When a board exercises its judgment in good faith, tests the transaction through a viable passive market check, and gives its stockholders a fully informed, uncoerced opportunity to vote to accept the deal, we cannot conclude that the board likely violated its Revlon duties."

The Supreme Court noted that the Court of Chancery did not find that Nabors aided and abetted any breach of fiduciary duty or that it was likely to find after trial that the C&J board breached any duty. In that circumstance the court found it inappropriate for the Court of Chancery to "blue-pencil" a contract and "strip an innocent third party of its contractual rights while simultaneously binding that party to consummate the transaction." Moreover, the record was provisional because the plaintiff did not seek an expedited final trial. The court emphasized that a mandatory injunction should issue only when the facts are undisputed or after a trial.

Critical to the court's determination that the C&J board did not violate its Revlon duties was that the deal protection terms were modest yet no alternative bid emerged. The plaintiff did not appear to have complained about the disclosures, so the stockholders could choose for themselves whether to approve the transaction. Had a competing bidder emerged, had the plaintiff demonstrated inadequate disclosure to the board and the stockholders to hide disloyal behavior, or had the record reflected a threat to Comstock's tenure, the result may have differed. On the facts presented, however, the case serves as a ringing endorsement that an imperfect process will not derail a transaction where the record fails to cast doubt on the overall steps taken by a board to maximize value.