Morris James is pleased to announce that 48 of its lawyers in 18 practice areas were voted by their peers as “Top Lawyers” in a survey conducted by Delaware Today for the November 2019 edition. Kim Hoffman was recognized in the Healthcare Law category. The overall number of recognized attorneys was the highest of any Delaware law firm for the second consecutive year. More ›

Representative Paul Baumbach yesterday re-introduced his “End of Life Options” legislation as House Bill 140. This marks the third iteration of the bill, which began as House Bill 150 “Death with Dignity” in 2015, which was re-filed in 2017 as House Bill 160 “End of Life Options.” While there have been tweaks along the way, the major fundamentals have remained the same – a process for a patient expected to die within six months to self-administer medications to end their life. The question now is if there are enough new “yes” votes amongst the fifteen new legislators to clear a chamber, and maybe even move the bill all the way to Governor Carney.

Each new filing has moved the bill a little further towards becoming law. In 2015, Rep. Baumbach was the only bill sponsor in either chamber; the bill was last tabled in House Health Committee after a hearing. There it stayed until it was removed from the books along with every other bill that failed to make it through the process to then-Governor Markell’s signature before the election.

In 2017, Rep. Baumbach won re-election and re-filed the bill, with some adjustments, and was joined by two House colleagues, Rep. Earl Jaques and Rep. Bryon Short, as well as three Senators, Sen. Henry as the Senate prime and Sens. Hansen and Sokola joining as well. Unlike its predecessor, House Bill 160 did come out of committee. Although committee votes are not publicly-recorded by member, the vote tally itself is interesting: one favorable, five on its merits, and two unfavorable. There were fourteen members of the committee, so eight votes were needed, and eight votes it received, with two making the unusual move of voting to release unfavorably, to allow the bill to reach the floor for a debate. More ›

Regarding the potential for Delaware legalizing recreational marijuana, we renew our 2018 prediction that this is still not likely in 2019. Especially with the retirement of both the House and Senate champions at the end of last session and a failed floor vote in the House in June. That said, it is possible that with so many new faces in legislative hall, fifteen out of sixty-two, there are surprise support votes that come to light. No bill has been filed, but one is anticipated.

As the legalization pathway or non-pathway becomes clearer, the legislature is taking another pass through decriminalization and medical marijuana.

First, Senate Bill 45 extends previous adult decriminalization to persons under the age of 21. If passed, the penalty for possession, use, or consumption of a “personal use” quantity of marijuana would go from criminal to civil.

As frustration builds on the legalization side, pressure also mounts to streamline and enlarge the medical marijuana program. While new dispensaries are opening, now numbering four around the state, the statutory pathways to qualify for a card for their use are being revisited.  More ›

By Morris James LLP on January 24, 2019
Posted In Legislation, News

As Joe Biden once quipped, “[d]on’t tell me what you value; show me your budget and I’ll tell you what you value.” January 24th is budget day in Delaware. The day to see Governor Carney’s values.

The Governor gave his address at 11 am at the State Archives to a packed room of journalists, legislators, and stakeholders. That afternoon, the two “money bills” representing the state budget were filed. So, let’s talk healthcare and the Governor’s Recommended Budget (GRB) of $4.433 billion. More ›

The Administrative Office of the U.S. Courts estimates that federal court operations will remain funded through Jan. 31, 2019. The extension has been achieved by deferring non-critical operating costs and the usage of court filing fees and other available funds.

Litigation and filings will continue in Delaware during the federal government shutdown. If you have questions, please contact our Director of Client Relations Dawn Sheiker (302.888.6804; dsheiker@morrisjames.com).

Delaware Governor John Carney delivered his third State of the State address yesterday, January 17th, in the Senate Chamber. For the healthcare world, what was in it was just as interesting as what was not in it. Highlights included re-emphasis of his existing benchmark proposal as well as Lt. Gov. Hall-Long’s work on mental health and addiction. Looking forward, he signaled a shift in focus to promoting healthy lifestyles, stating support to “raise the age for purchasing cigarettes from 18 to 21.” We’ll unpack these a little more below, but interestingly what didn’t make it in there was any talk about the outcomes of the Medicaid Buy-In Task Force (to not buy the lede – Delaware may become an individual mandate state) or the Primary Care Collaborative, both of which released major reports just a few weeks ago. More › 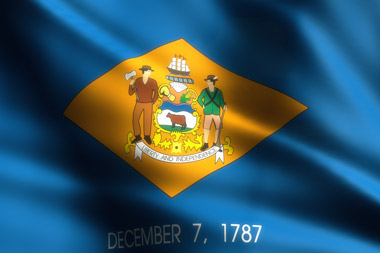