Marijuana Legalization – Probably Still Not Yet

With the primary senate sponsor of House Bill 110, Sen. Margaret Rose Henry, retiring this year, it remains to be seen if there will be any last-minute legalization of the adult use of cannabis in Delaware. While in the down-revenue budget last year marijuana was touted as a $22 million budget-booster, in the up-revenue budget this year the legislature is seeing green, but it doesn’t seem to be marijuana. However, a June amendment after a series of eight task force meetings makes it clear that the advocates and sponsors are not backing down from their goal.

The amendment is long and winding. It makes adjustments from the task force meetings through sales tracking, dollars to law enforcement, clarifications of implications for employment, and banning of candy to curtail concerns about children’s use. It’s a loud amendment, getting more press attention than nearly all filed bills short of gun control.

Undoubtedly, the biggest political implication of the amendment is not in the additional safeguards, but in moving the passage goalposts. That is, un-amended, HB 110 requires a 2/3 vote in both chambers. Amended, it drops the needed vote to 3/5 as it imposes fees while removing criminal penalties. 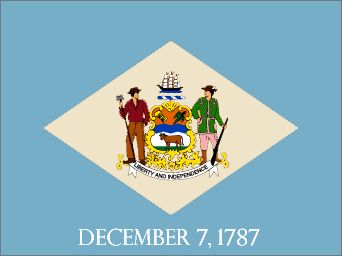 While it’s a bipartisan bill in the Senate with the inclusion of Republican Sen. Colin Bonini, it’s a Democratic bill in the House. The change in the voting threshold means that the bill could be passed on the shoulder of Democrats alone, a 3/5 vote being 25 votes, the number of Democratic seats. The bill needs 13 votes in the Senate, but with the Dems plus Senator Bonini, that’s 12.

Of course, it’s deeply misleading to say that this is a Dem bill. As you recall from our post on guns, Delaware is still in many ways a purple state and many Democrats, including the Governor, have signaled that between the medical marijuana program, marijuana decriminalization, and now marijuana expungements, that access for patients and obviation of criminal justice concerns are sufficient action on marijuana. That outright legalization swings the pendulum too far in the face of equally-loud opposition from a large coalition including the business, medical, faith, law enforcement, addiction, and transportation advocates.

The ball is now squarely with Representative Helene Keeley to see if she can whip the votes to meet the lowered vote threshold. While unlikely in the face of Governor opposition, it’s certainly possible. With the most retirements in both chambers than has been seen in many years (and a rumor of at least one more), now into double-digits, many outgoing electeds may not fear political repercussions for taking this vote. We’ll see if that’s enough to get to 25 and into the Senate for a possible Sen. Margaret Rose Henry retirement gift.