The Kentmere Nursing Home located at Lovering Avenue and Lincoln Street plans to alleviate the shortage of on-street parking in the neighborhood by adding an additional 11 off-street spaces as well as an ambulance bay.  Kentmere Executive Director Eileen Mahler explains, "Kentmere's residents are more medically complex than in the past and require more off-site transportation to the hospital and doctors' appointments, so the need for the covered drop-off bay will serve existing needs.  Too often our van and ambulances have to park and unload on the street."  The 21 off-street spaces Kentmere has on Union Street are 44 spaces short of what the modern City of Wilmington Code requires, so the turnaround area for the ambulance will also contain parking spaces, according to Kimberly Hoffman, Esquire, of Morris James LLP, attorneys for Kentmere.

Despite the promise of more on-street parking opportunities for nearby residents, a next door neighbor, the 40 Acres Community group and the City's Design Review and Preservation Commission asked the Zoning Board of Adjustment to prevent the City from granting a demolition permit for the project.

Four existing rental homes next to Kentmere will have to be torn down to make way for the project.  Because the homes are in the City's only Neighborhood Conservation District, Kentmere's demolition permit application was referred to the Design Review and Preservation Commission for a recommendation.  The City Planning Department had recommended in favor, but the DRPC did not. The Commissioner of Licenses and Inspections sided with the Planning Department and approved the demolition.

The Wilmington Zoning Board of Appeals will take up the matter on Wednesday, September 28, 2016 at 6:30 p.m. in the City/County Building at 400 French Street.

On a recent morning both an ambulance and Kentmere's own van, used to transport residents to doctors' appointments, were parked on the street, a common occurrence.

Kentmere's Executive Director said, "I hope our residents and first responders will have an off-street pull-in and covered canopy when it gets cold."  Ninety year old frequent visitor, Ellen Dolan, whose husband is at Kentmere, agreed, adding, "Parking is hard to find, so the walking distance on mostly uneven sidewalks can be great.  The additional handicapped space near the door would be a big help."  The ZBA will make its decision on the evening of the 28th. 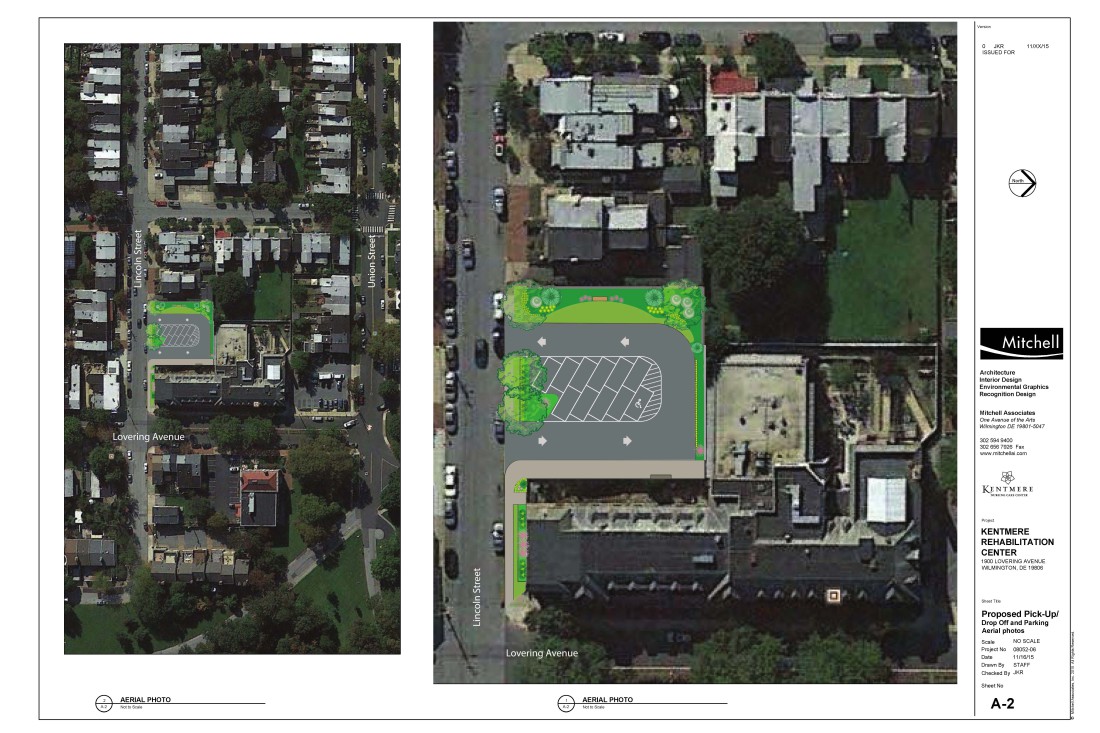 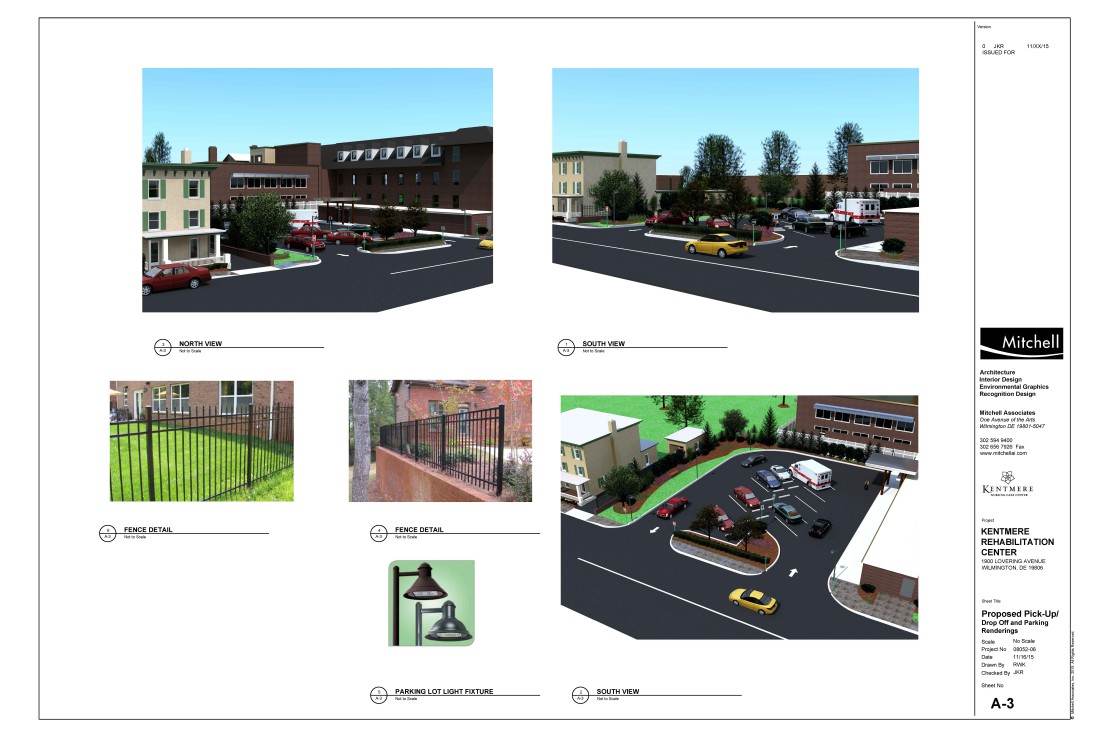 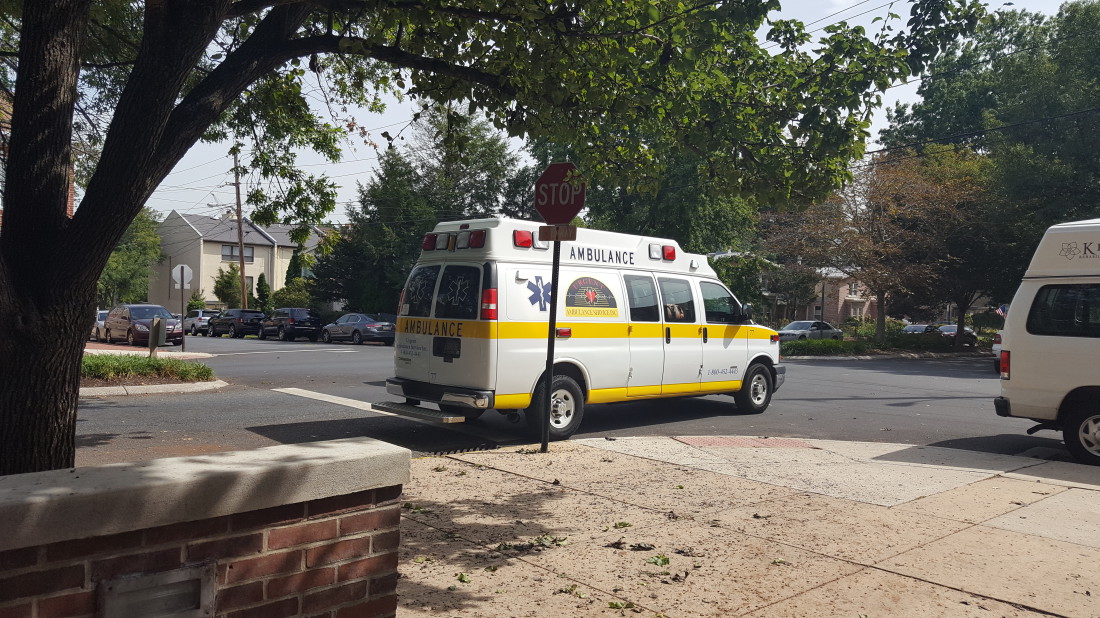