By Edward M. McNally on September 30, 2014
Posted In Corporate Charters
City of Providence v. First Citizens Bancshares Inc., C.A. 9795-CB (September 8, 2014) This is the latest battle in the continuing war over the use of corporate bylaws to affect litigation over corporate internal affairs. Here, the Court upheld a bylaw of a Delaware corporation that chose North Carolina as the forum for litigation over internal affairs and dismissed the litigation in Delaware attacking that bylaw. The opinion is also noteworthy for putting to rest any argument that various statutes in the DGCL limit litigation over certain matters to just the Court of Chancery, such as books and records cases. Share

By Morris James LLP on September 25, 2014
Authored By Peter B. Ladig This article was originally published in the Delaware Business Court Insider | September 24, 2014 As most lawyers familiar with corporate litigation in the Court of Chancery can tell you, determining the standard of review of a director's actions can be one of the most important aspects of a case. Although determining the proper standard of review is important throughout the life of an action, it can be most important at the outset, as it will dictate whether a complaint is subject to a pleadings-stage motion or whether discovery is inevitable. Not surprisingly, most defendant directors argue that their conduct is shielded by the business judgment rule rather than the harsher entire fairness standard of review that, in almost all instances, means the complaint will survive a motion to dismiss. More › Share

By Edward M. McNally on September 25, 2014
Posted In Directors
In Re Cornerstone Therapeutics Inc. Stockholder Litigation, C.A. 8922-VCG (September 10, 2014)  This is a great decision to read to understand the pleading standard that applies to a complaint that alleges a controlling stockholder transaction. Even in such a transaction, the disinterested directors are not liable absent proof of a breach of a non-exculpated breach of duty. However, that rule will only apply after a full record is made at trial [or possibly at the summary judgment stage]. At the initial motion to dismiss stage, all the complaint need allege is that entire fairness review is required because of the control the majority stockholder had over the transaction. On September 26, 2014, the Court certified an interlocutory appeal to the Delaware Supreme Court. Share

By Edward M. McNally on September 24, 2014
Posted In Fiduciary Duty
In Re Nine Systems Corporation Shareholders Litigation, C.A. 3940-VCN (September 4, 2014) Whether a plaintiff's claim is direct or derivative is often a critical issue. It has now been established that when a controlling stockholder issues equity to himself at an unfair price, the resultant dilution claim is a direct one. This decision explains how to prove that a group of stockholders constitutes a control group and when interested directors as a majority of the board also may be considered to be a control group so as to make a dilution claim a direct claim. It is also interesting for its conclusion that, although the process used was not fair, the price was fair and only attorney fees may be awarded to the plaintiffs, Share

By Edward M. McNally on September 24, 2014
Posted In Fiduciary Duty
Ross Holding and Management Company v. Advanced Realty Group LLC, C.A. 4133-VCN (September 4, 2014) This is another decision pointing out that limitations on a fiduciary duty must be "plain and unambiguous" in an LLC agreement. Indeed, the failure to use language approved in prior cases seems inexcusable if it is intended to limit any fiduciary duties. Share

Court Of Chancery Explains How To Be An Unintended Fiduciary

Court Of Chancery Explains How To Form An Oral Partnership

By Edward M. McNally on September 24, 2014
Posted In Business Torts
Grunstein v. Silva, C.A. 3932-VCN (September 5, 2014) When parties enter into a business relationship but fail to document their agreement, a mess is sure to follow. This detailed opinion explains what evidence is needed to prove an oral partnership agreement or to prevail on the related liability theories of unjust enrichment, equitable estoppel and fraudulent inducement. Share

By Edward M. McNally on September 24, 2014
Posted In LLC Agreements
Seaport Village Ltd. v. Seaport Village Operating Company LLC, C.A. 8841-VCL (September 24, 2014) In an opinion that should come as no big surprise, the Court of Chancery holds that the parties to an LLC agreement, including the LLC, are bound by the terms of that agreement even if they have not signed a written agreement. After all, that is what the statute says expressly.  In short, there is no statute of frauds that requires a writing to be bound to an agreement in this context. Share

By Edward M. McNally on September 23, 2014
Posted In Breach of Contract
Veloric v J. G. Wentworth Inc., C.A. 9051-CB (September 18, 2014) In what may be one of the most factually complicated cases in years, this decision is a good example of the Court of Chancery's method of interpreting a contract to make it make sense from a business point of view. It takes a certain clarity of mind to wade through the verbose contract language and surrounding facts and the Court pulls it off very well. The lesson is that technical legal  arguments are just not as persuasive as a common sense approach that fits the business reality of the parties. Share

By Edward M. McNally on September 23, 2014
Pontone v. Milso Industries Corporation, C.A. No. 8842-VCP (August 22, 2014) If a party has 2 possible sources of reimbursement for her fees, may she choose which one to sue?  This decision deals with the case law on when a prior advancement of fees precludes a party from seeking advancement of new fees from a different party.  The short answer is that a party may chose who to seek advancement from when more than 1 source is obligated. The decision is also important for its analysis on when a claim may relate back to the time when the director was still a director, even if the claim also deals with post-directorship acts. That is important because the director is only entitled to advancement for acts related to his role as a director. Finally, the opinion is useful for its discussion on when counterclaims are subject to advancement. For example, a counterclaim for defamation may be subject to advancement. Share

Court Of Chancery Clarifies When To Share A Fee Award

By Edward M. McNally on September 23, 2014
In Re Orchard Enterprises Inc. Stockholder Litigation, C.A. No. 7840-VCL (August 22, 2014) Frequently both an appraisal action and a breach of fiduciary duty action proceed on parallel tracks.  When both obtain a recovery, the question arises of whether an attorney fee award in the fiduciary action should be split with the lawyers in the appraisal action. This decision says "no," at least based on the facts of this case where the appraisal parties did not attempt to act for the stockholders who did not seek appraisal. Share

Does the Business Judgment Rule Protect a Board's Stock Award?

By Morris James LLP on September 17, 2014
Authored By Albert H. Manwaring, IV This article was originally published in the Delaware Business Court Insider | September 17, 2014 In In re 3Com Shareholders Litigation, C.A. No. 16721 (Del. Ch. October 25, 1999), the Delaware Court of Chancery emphasized that "when the shareholders knowingly set the parameters of the plan, approved it in advance, and directors implemented the plan according to its terms ... precedent in [the Court of Chancery] clearly establishes that ... director transactions made under a stock option plan approved by the corporation's shareholders are entitled to the benefit of the business judgment rule." Accordingly, when directors issue stock or cash awards in accordance with "definite" or "sufficiently defined" terms of an employee incentive or compensation plan approved by the shareholders, their decisions are subject to protection under the business judgment rule. More › Share

This article was originally published in the  In lengthy disputes where a judgment is entered as of a date several years in the past, prejudgment interest may constitute a more than trivial amount. In Levey v. Brownstone Asset Management, Consolidated C.A. No. 5714-VCL, the plaintiff, who prevailed at trial, sought to recover interest on the judgment amount at the constant rate of 10.25 percent from Jan. 26, 2006, forward. The defendants took the position that the interest rate should float, i.e., change whenever the Federal Reserve discount rate changed. The court agreed with the defendants and found that an award of a fluctuating rate of interest serves the dual purposes of compensating the judgment creditor for the loss of use of its capital during the pendency of the action and causes the disgorgement of the benefit the judgment debtor has enjoyed during the same period of time. More ›

Will Chancery Court Remedy Your Problems in Another Tribunal? 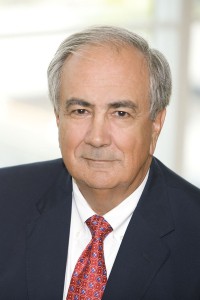 This article was originally published in the Delaware Business Court Insider | September 3, 2014 Recently, in LG Electronics v. Interdigital Communications, Del. Ch. C.A. 9747-VCL (August 20, 2014), the Chancery Court declined to enjoin a litigant from violating a nondisclosure agreement in an arbitration proceeding. LG Electronics alleged that its opponent in that arbitration, Interdigital Communications, was using information that they had agreed to keep confidential and sought an injunction to prevent Interdigital from using those materials. The Chancery Court dismissed LG Electronics' complaint, however. In doing so, the court invoked the McWane doctrine, which permits a Delaware court to dismiss an action when there is a prior-filed action involving similar issues between those parties in another jurisdiction that is able to afford "prompt and complete justice."We are often asked to seek an injunction in the Delaware Court of Chancery to prevent a perceived abuse by our client's opponent in another tribunal. Those requests are not always far-fetched. After all, the Chancery Court will sometimes enjoin a litigant from proceeding in another forum in violation of a forum selection clause. And there are other examples of such Chancery Court intervention in other proceedings, such as to prevent vexatious plaintiffs from abusing process by repeatedly filing duplicative, meritless litigation. But those judicial interventions are rare. More › Share