Morris James is pleased to announce that fourteen of its partners and five practice areas have been recognized by Chambers USA 2016.  More ›

In July 2015, the Delaware Court of Chancery issued an opinion in In re Appraisal of Dell, Consol. C.A. No. 9322-VCL, holding that the technical missteps of a custodial bank necessarily required the court to deny certain beneficial stockholders' demands for appraisal. Nearly a year later and after trial, Vice Chancellor J. Travis Laster held that certain other petitioners seeking appraisal of their Dell shares were barred from doing so because the record holder of the shares voted in favor of the Dell going-private merger and, in doing so, violated the "dissenting stockholder" requirements of Delaware's appraisal statute, Section 262 of the Delaware General Corporation Law. Again, the court was faced with a situation where the petitioners argued that the defect in their appraisal demand was inadvertent.  More ›

Court Of Chancery Enjoins Board Reduction Plan Prior To Director-Election

This is an excellent review of the law governing when the Court will enjoin board action that affects the ability of stockholders to elect directors. Such interference must: (1) be for a proper motive, (2) not be preclusive, and (3) have a compelling justification in the method chosen. Downsizing the board just before an election in the face of a proxy contest over one class of directors does not pass this test, even if done for a proper, unselfish purpose. The bottom line is that incumbent directors cannot determine the outcome of an election contest for the stockholders.

By Edward M. McNally, Albert J. Carroll on May 23, 2016
Posted In Fiduciary Duty

This decision deals with when the actions of directors may be considered to be in bad faith, at least when there is no self-interest involved and the directors are properly informed before taking the time to decide what to do. The short answer is that the “too stupid to be in good faith” test applies to see if their decision is in bad faith. 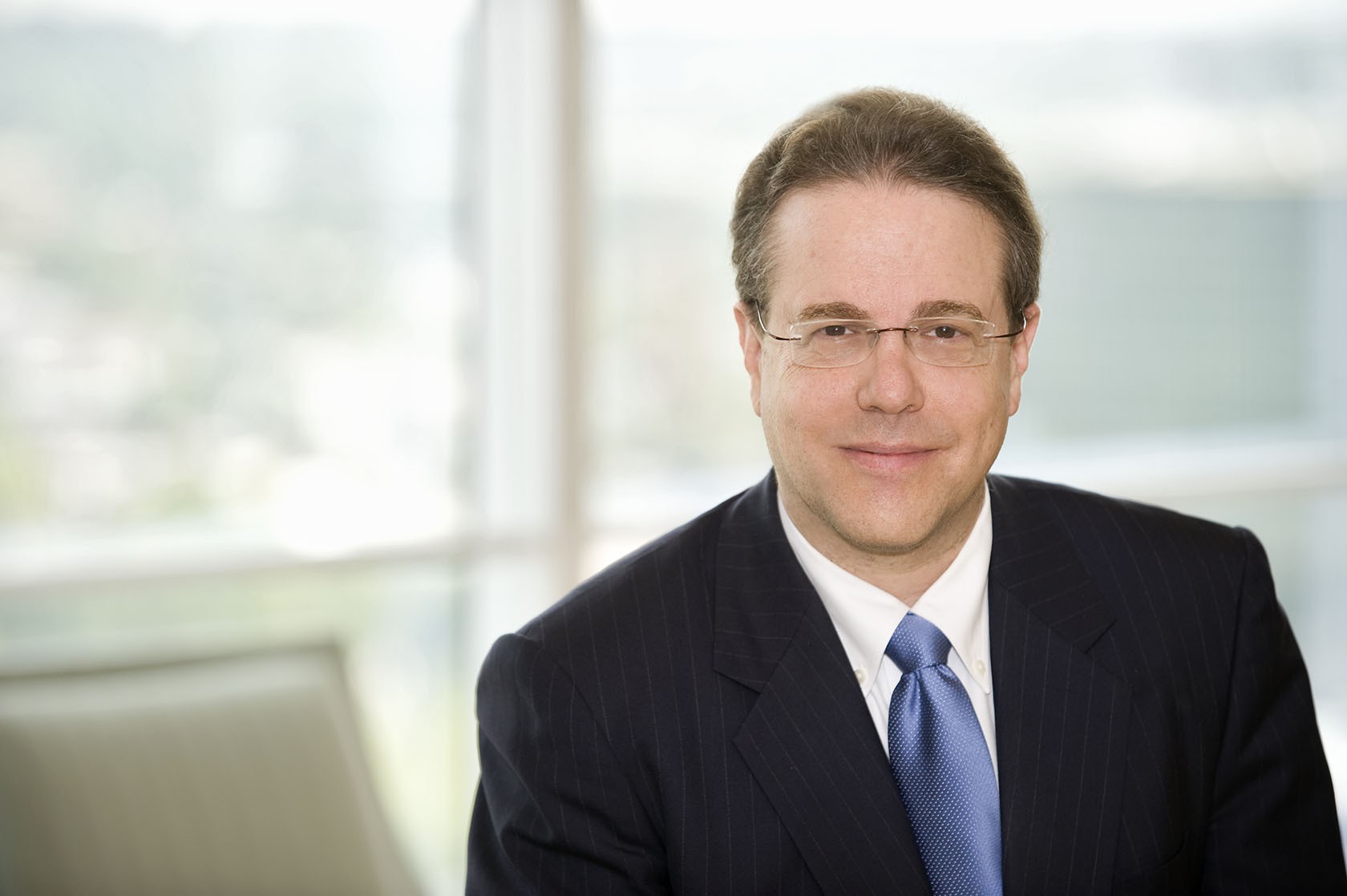 When alternative entities first came into prominence, questions arose concerning the applicability to them and their stakeholders of corporate law fiduciary duty jurisprudence. Eventually the Delaware General Assembly amended the alternative entity statutes to permit the modification or elimination of fiduciary duties, including the duty of loyalty. While stockholders of Delaware corporations since 1986 were permitted to exculpate directors for liability for monetary damages, they cannot modify, much less eliminate, the duty of loyalty. In contrast, the Delaware courts of late have been consistent in enforcing as written the terms of alternative entity foundational documents that modify or eliminate fiduciary duties, often leaving investors with no remedy even though a similar fact pattern in a corporation would state a claim. The well-written April 29 decision from the court's newest vice chancellor, Joseph R. Slights III, in Brinckerhoff v. Enbridge Energy, C.A. No. 11314-VCS, illustrates this trend. More ›

By Edward M. McNally, Albert J. Carroll on May 17, 2016
Posted In Derivative Claims

Delaware does hold that the dismissal of a derivative suit in another jurisdiction may preclude the prosecution of a similar derivative suit in Delaware. However, the Pyott decision left open the question of whether the failure of the plaintiff in the dismissed suit to have first sought production of the company’s records to strengthen the complaint might be deemed so “grossly deficient” as to warrant denying preclusion of the second suit that did seek those records. This decision answers that question by holding that the failure to seek corporate records alone is not so bad that preclusion should be denied. An appeal is sure to follow.

Court Of Chancery Explains When To Not Enjoin Arbitration

By Edward M. McNally, Albert J. Carroll on May 17, 2016
Posted In Arbitration

This is another in a line of decisions that explains when the issue of arbitrability should be sent to the arbitrator to decide. When the familiar tests are applied that favor letting the arbitrator decide that issue, only a strong argument for not sending the issue to arbitration will avoid doing so.

By Edward M. McNally, Albert J. Carroll on May 13, 2016
Posted In Breach of Contract

This decision holds that Delaware does not recognize a claim for the implied warranty of accuracy for a report of an inspection company. Of course, that does not mean there is no breach of contract claim for inspection services. The problem in such matters is that the contract often contains a limitation of damages clause that a clever plaintiff may try to avoid, but not this time.

This is an important decision because it enforces a nearly ironclad protection against any attack on the decision of a special committee to approve a conflict transaction for a LLP and an LLC. More ›

It is well understood that to be entitled to the appraisal of your stock you need to not vote for the merger. However, in the complex world of how shares are held by beneficiaries and depositories, it is easy to overlook the importance of this requirement. This decision provides an excellent review of how shares are held and actually voted and reveals how it is now possible in many instances to determine how a beneficial owner’s stock was actually voted. The petitioners thought they had instructed the record holder to object to the merger. They were wrong. An intermediary failed to have the vote cast against the merger due to a communication error. The result was that the Court denied the petitioners' appraisal rights.

By Edward M. McNally, Albert J. Carroll on May 10, 2016
Posted In Derivative Claims

This decision illustrates the importance of putting your best foot forward in derivative litigation. Here, a different plaintiff had his complaint dismissed for failure to satisfy the demand excused rules. When this plaintiff tried to overcome that precedent with some additional allegations, he found the going too tough even if the Court did not apply stare decisis. The Court of Chancery is usually very consistent in its analysis even where different judges are involved in different but related matters. Hence, when multiple suits are filed over the same alleged grievance, attacking the weakest complaint may bear extra dividends.

By Edward M. McNally, Albert J. Carroll on May 6, 2016
Posted In Breach of Contract

This is a novel decision because it deals with when a guarantor can defend against enforcement of his guarantee by claiming the company whose obligations he guaranteed was wrongly put out of business by the plaintiff who is trying to enforce the guarantee. The Court held that there was a duty to act in good faith and fairly to permit that company to first fulfill its obligation to the guaranteed party, before it could enforce the guarantee against the guarantor. Whether this defense will win, of course, remains to be seen. However, the decision is a caution that it is important to not prejudice the ability of a party who has given a guarantee to have his guarantor pay off the debt..

Many Delaware companies have adopted forum selection bylaws that prevent their stockholders from bringing internal corporate claims in courts outside of Delaware.  These bylaws are a valid and effective tool for limiting duplicative stockholder litigation filed in multiple jurisdictions.  The Delaware courts have authorized their use and the Delaware General Assembly validated them under Section 115 of the Delaware General Corporation Law.  Numerous other courts have also enforced Delaware forum selection bylaws.

Court Of Chancery Explains What Is Required To Plead Bad Faith

By Edward M. McNally, Albert J. Carroll on May 3, 2016
Posted In LP Agreements

This is an interesting decision for at least two reasons. First, in it the new Vice Chancellor demonstrates that he is both well-versed in Delaware business entity law and fully capable of carrying out the Court of Chancery’s tradition of well-written, comprehensive decisions. Second, the decision explains what is required to adequately allege the bad faith sufficient to overcome an LLP’s exculpatory provisions for a conflicted transaction. In general, the use of a special negotiation committee, receipt of an adequate fairness opinion and use of independent counsel are sufficient to overcome mere allegations that a transaction was approved in bad faith. There is no need to also submit the transaction to a majority vote of the entity’s owners, at least when the entity is a limited partnership and when the LLP agreement does not require such a vote.

By Edward M. McNally, Albert J. Carroll on May 2, 2016
Posted In Derivative Claims

This is an interesting decision because it illustrates what many do not understand - a complaint has to have some actual facts to support its claims, not just inferences.  Thus, when a plaintiff fails to use his rights to inspect an entity’s records to get out the facts, his general allegations of wrongdoing will not be enough to sustain a complaint.