Rule 15(aaa), a rule unique to the Court of Chancery, requires plaintiffs faced with a motion to dismiss for failure to state a claim to either:  (i) amend their complaint; or (ii) stand on their pleading and risk dismissal with prejudice.  In this case, the plaintiffs initially brought suit in the Superior Court of Delaware, which does not have a corollary to Rule 15(aaa).  Before the Superior Court, defendants moved to dismiss the plaintiffs’ complaint on personal and subject matter jurisdictional grounds, as well as for failure to state a claim.  More ›

As the Court of Chancery observes in this opinion, “equity favors the vigilant, not those who slumber on their rights.”  Here, the Court applies the equitable doctrine of “laches” to dismiss claims brought beyond the statute of limitations at law, at which point prejudice to the defendant is presumed.

The plaintiff, a former director, brought suit in 2017 claiming that in 2005, he was promised but never received certain founder’s shares, and later, under a 2006 stock option plan, he was promised additional shares.  Although the Court of Chancery recognized that a laches defense is fact intensive, the Court determined that it was clear from the face of the complaint that the plaintiff was aware by 2007 that the company denied his claim to any founder’s shares, including because he was provided capitalization tables not reflecting any such shares.  More ›

Delaware law permits parties conducting their business as limited liability companies to include mandatory arbitration or forum selection clauses in their LLC agreements, even those naming a forum outside of Delaware.  And the State’s public policy supports enforcing contracts, including forum selection clauses, unless specifically prohibited by statute or upon a showing of fraud or overreaching.  There is an important statutory exception in this context.  Under Delaware’s LLC statute, 6 Del. C. § 18-109(d), other than for arbitration, a non-managing member of an LLC cannot waive its right to sue in the Delaware courts for matters relating to the LLC’s “organization or internal affairs.” More › 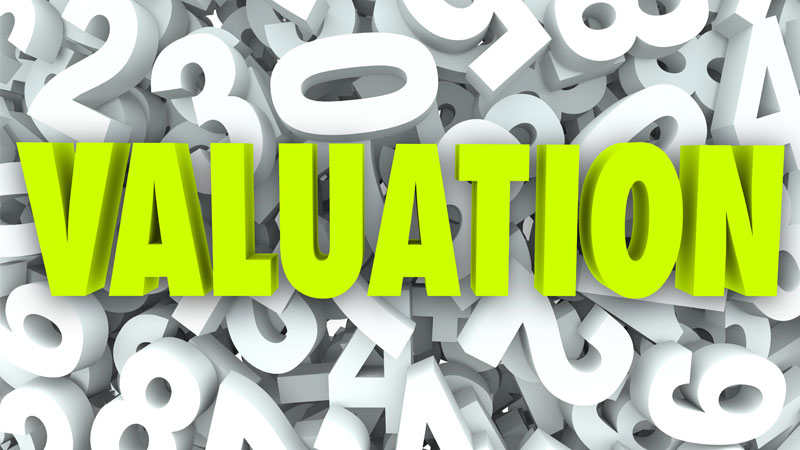 In a closely-followed appeal from the Court of Chancery’s appraisal decision in the Aruba Networks case, the Delaware Supreme Court reversed the trial court’s fair value award of $17.13 per share and directed that the court-below enter judgment at the deal-price-less-synergies value of $19.10 per share.  The Supreme Court found that the lower court abused its discretion when, because of the difficulty of estimating the amount of the buyer’s synergy value in the $24.67 deal price, it determined that Aruba’s pre-announcement, “unaffected” stock price was the best evidence of fair value.  In so ruling, the Supreme Court provides important guidance about how to account for synergies arising from the expectation of the merger when determining the “fair value” of a going concern under Delaware’s appraisal statute in Section 262 of the DGCL. More ›

Under the “corporate benefit doctrine,” litigants whose efforts result in a substantial benefit to a Delaware corporation or its stockholders generally are entitled to an award of their attorneys’ fees and expenses.  This opinion emphasizes that the doctrine is a flexible one based on the Court of Chancery’s prerogative to do equity in each case.

Here, the Court considers and denies a fee application by stockholder-plaintiffs who challenged a defective short-form merger.  The basis for the plaintiffs’ claims included technical errors in the language of certain corporate instruments that resulted in a reverse stock split with a ratio much larger than intended (2,500 to 1, rather than 50 to 1).  That, in turn, resulted in the merger receiving less than the required stockholder approval.  When the corporation attempted to ratify the defective corporate acts under Section 204 of the DGCL and sought judicial validation under Section 205, the plaintiffs opposed it.  Plaintiffs ultimately lost on the issue at trial.  Although the end-result—removing a cloud over the merger’s validity—could be considered a “benefit” resulting from the plaintiffs’ litigation efforts, the Court denied their subsequent fee application.  According to the Court, in particular, it would be inequitable to reward plaintiffs for conferring a benefit they opposed.

Under Delaware law, majority or controlling stockholders owe fiduciary duties to the company and its minority stockholders. Under certain circumstances, however, a stockholder that owns less than 50 percent of the company’s outstanding stock can be deemed a controlling stockholder and therefore subject to the same fiduciary obligations. This determination involves a fact-intensive analysis regarding the alleged controller’s dominance of the board generally, or dominance of the corporation, board or the deciding committee with respect to a challenged transaction.

The Delaware Court of Chancery recently addressed this issue in FrontFour Capital Group v. Taube, C.A. No. 2019-0100-KSJM (March 11, 2019), where the court issued a post-trial decision on the plaintiffs’ claims to enjoin a proposed combination of Medley Management (a publicly traded asset management firm) with two corporations it advised, Medley Capital Corp. and Sierra Income Corp. (the proposed transactions). In FrontFour, the court held that twin brothers Brook and Seth Taube, who collectively owned less than 15 percent of Medley Capital’s stock, were nonetheless controlling stockholders because they exercised de facto control over the Medley Capital special committee negotiating the proposed transactions, thereby triggering entire fairness review. Although the defendants failed to show that the proposed transactions were entirely fair, the court could not order the most equitable result—a sales process free from influence and onerous deal protections—because plaintiffs failed to prove that Sierra aided and abetted the breaches of fiduciary duty. Therefore, pursuant to the Supreme Court’s decision in C & J Energy Services v. City of Miami General Employees’ and Sanitation Employees’ Retirement Trust, 107 A.3d 1049 (Del. 2014), the court could not “strip an innocent third party of its contractual rights” under a merger agreement. However, the court did enjoin the stockholder vote pending corrective disclosures regarding the conflicted sales process. More ›

Under Kahn v. M&F Worldwide Corp., 88 A.3d 635 (Del. 2014), deferential business judgment review governs mergers between a controlling stockholder and the controlled corporation when the deal is conditioned “ab initio” on two procedural safeguards. Those are approval by (i) a special committee of independent directors, and (ii) an uncoerced, informed majority-of-the-minority stockholders’ vote. The reasoning goes, with so-called “MFW conditions” in place at the outset, a controller cannot dictate the economic terms or unduly influence the stockholder vote, thus ameliorating the concerns otherwise justifying the more exacting “entire fairness” review. More ›

This derivative action arose out of Uber’s acquisition of a self-driving vehicle firm named Otto, which involved former Google employees.  Google sued Otto and Uber for alleged intellectual property infringement, resulting in Uber settling the dispute for $245 million.  The plaintiff sued Uber’s directors for the acquisition, claiming they should have known better than to rely on their CEO’s promotions of the deal and his representations regarding the company’s due diligence findings under the circumstances.

This decision grants the defendants’ motion to dismiss under Court of Chancery Rule 23.1 pre-suit demand-on-the-board grounds.  Applying recognized legal principles for that analysis, the Court held that the complaint lacked the necessary particularized allegations showing that pre-suit demand on the board would have been futile.  In this regard, the plaintiffs’ allegations and argument had focused on the directors’ failure to inform themselves of specific due diligence findings rather than relying on management’s discussions of those issues, citing management’s alleged history of causing the company to engage in other misconduct as a supposed “red flag.”  According to the Court, however, plaintiff alleged at most an exculpated duty of care claim, not a breach of the duty of loyalty.  Central to the Court’s reasoning was the absence of other known misconduct involving the type of misconduct at-issue in the acquisition—the misappropriation of intellectual property.  According to the Court, a board’s alleged awareness of an executive’s supposed bad character “is not a sufficient red flag … to convert a plain vanilla duty of care allegation into a persuasive pleading of bad faith on the part of the directors.”  Under Delaware law, “there is a vast difference between an inadequate or flawed effort to carry out fiduciary duties and a conscious disregard for those duties.”

Section 109 of the Delaware Limited Liability Company Act is an “implied consent” statute. It provides for personal jurisdiction in Delaware over (i) “managers” named in the governing LLC agreement, and (ii) persons who otherwise “participate materially” in the LLC’s management.  6 Del. C. § 18-109(a).  This recent decision is notable for holding that, based on the allegations, certain officers who performed important tasks for the LLC did not “participate materially” in its management for Section 109 purposes.  The Court pointed to precedent holding that “material participation” for Section 109 purposes requires actual control or a decision making role.  Here, one defendant was alleged to be a former manager who retained a “vice chairman” title and engaged a financial advisor on the LLC’s behalf.  The other defendant at-issue served as the company’s President and CEO and had important day-to-day responsibilities.  Such allegations fell short, however, in the circumstances alleged, where the plaintiffs’ complaint and arguments emphasized that, another defendant, who was designated as the “manager” in the governing LLC agreement, exercised “absolute control and discretion” and acted as “emperor, supreme leader and dictator for life.”  The Court reasoned such contentions precluded a finding that the two officers possessed decision making authority of their own.  Accordingly, they were not subject to personal jurisdiction under Section 109.

Delaware law is clear that, while Courts will generally respect parties’ contractual choice of forum, a forum selection clause cannot confer jurisdiction or venue where it otherwise is not available.  The contract at issue in this action, which arose out of stock purchase agreement in which plaintiff agreed to convey all of its issued and outstanding shares of a subsidiary to defendant, provided for exclusive jurisdiction in the Court of Chancery, or if the Court of Chancery lacked subject matter jurisdiction, the United States District Court for the District of Delaware.  If the District of Delaware lacked jurisdiction, the venue would be in “any court of competent jurisdiction sitting in the State of Delaware[.]”

When the plaintiff filed suit in the Complex Commercial Litigation Division of Delaware’s Superior Court,  the defendant argued that the parties’ dispute regarding post-closing tax matters should instead be filed in the Delaware Court of Chancery pursuant to 6 Del. C. § 18-111 (providing subject matter jurisdiction in the Court of Chancery to interpret and enforce LLC agreements and “any other instrument, document, agreement or certificate contemplated by … this chapter”).  More ›

In agreements governed by Delaware law, a standard integration or merger clause will not bar claims for misrepresentations made to induce entry into the contract.  In order to bar such claims, the agreement must include language expressly disclaiming any reliance upon extra-contractual statements.  While there are no “magic words” that are required, the language at issue must add up to a clear disclaimer.  Here, the Complex Commercial Litigation Division of Delaware’s Superior Court considered a clause stating the plaintiff agreed “that the limited express warranties set forth in this section … are exclusive” and that the defendant “specifically disclaimed all other representations and warranties, express or implied[.]”  The Court stated this was “more than a standard integration clause.”  Reasoning that “[l]anguage indicating a clear understanding of the parties’ intent is all that is required[,]” the Court concluded this section was “drafted with sufficient clarity to establish that there was an understanding that [the claimant] could not rely upon any implied warranties, or any express warranties outside of the [agreement].”  Therefore, the Court dismissed the plaintiff’s claim for fraud in the inducement based on alleged extra-contractual representations.