By Edward M. McNally on October 29, 2018
Posted In Injunctions

Delaware law broadly enforces noncompete agreements. However, it will not do so when the public policy of a state with greater contacts to the parties prohibits that enforcement. As this decision explains, how to decide what exactly that competing public policy is may not be easy to do given the exceptions to that policy that frequently exist. Here the Court carefully examines the public policy of Nebraska and finds it permits enforcement of noncompete agreements when to do so will prevent unfair competition. More ›

By Edward M. McNally on October 29, 2018
Posted In Derivative Claims

This is an interesting decision for many reasons. It includes a comprehensive analysis of when demand on a board is not excused, when ignoring a forum selection clause constitutes prejudice sufficient to invoke a laches defense and why a named plaintiff cannot also be the attorney on the complaint. Perhaps its more lasting impact will be its holding that when directors are exculpated by a 102(b)(7) defense there cannot be an aiding and abetting claim against a third party who facilitated the actions alleged to be a breach of fiduciary duty.

This decision explains when to stay a Delaware litigation in favor of litigation in a foreign country. As it notes, when the law of that other country is not well explained to the Court with respect to the enforcement of a forum selection clause, it will apply Delaware law to decide that issue.

By Edward M. McNally on October 29, 2018
Posted In Breach of Contract

While every contract has an implied covenant requiring the parties to act fairly and in good faith, it is not always easy to know how that applies in a given case. This decision is a good example of how the court will approach that issue. It finds that the contract impliedly limited the right of a party to compete with an entity it had formed with another party to exploit a business opportunity.

Court Of Chancery Clarifies Set Off Rights Under Acquisition Agreement

Acquisition agreements frequently contain escrows to cover any claims for breach of the warranties in the agreements or other post-closing claims. But that does not mean that a buyer may set off an unliquidated claim against its post-deal payment obligations under the agreement. As this decision holds, to have that set off ability, the agreement must permit it as a matter of right. 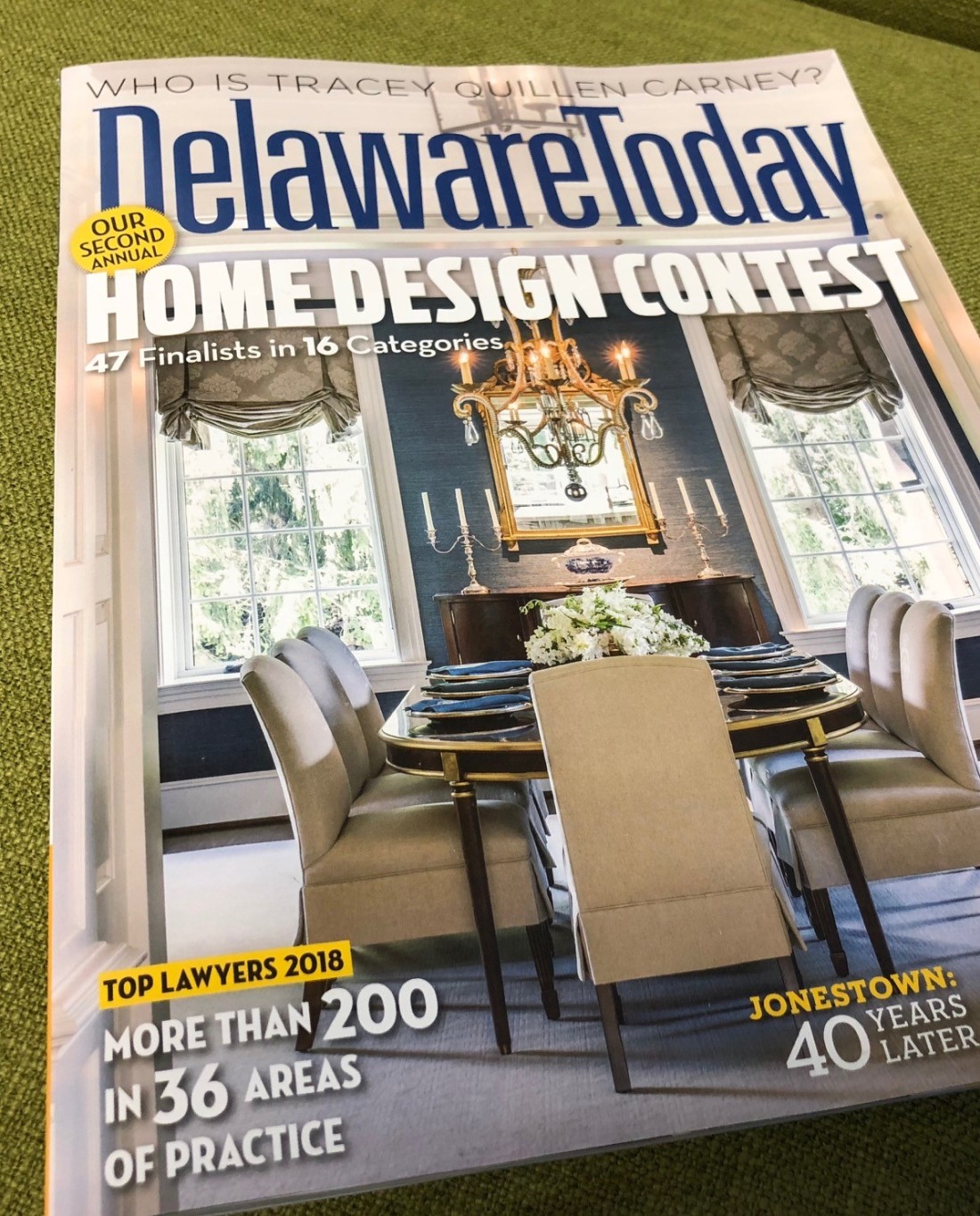 Morris James LLP is pleased to announce that the lawyers listed below were recognized as Top Lawyers by their peers in a survey of Delaware attorneys conducted by Delaware Today magazine. Morris James had more top lawyers and top vote-getters than any other law firm in Delaware. 39 attorneys were named in 20 practice areas. More ›

By Edward M. McNally on October 25, 2018
Posted In Derivative Claims

In this decision, the Delaware Federal District Court applied the Delaware tests for deciding if demand is excused by the facts alleged in a derivative complaint. In dismissing the complaint, the Court held that simply pleading the Board should have known of business problems is not enough to excuse demand. The decision also notes several other defects in the complaint.

By Edward M. McNally on October 25, 2018
Posted In Appraisal

This decision upholds a contractual waiver of appraisal rights entered into at the time the investment was made. That is not new. However, what is important is the focus on the type of transactions that triggered the waiver, with a merger doing so but a stock sale not waiving the right to be carried along. Thus, the terms of the deal once again are critical.

As this decision points out, if a non-compete agreement conditions its enforcement on the employer’s performance of its end of the bargain, then a failure to do so renders the non-compete unenforceable.

Merger agreements often permit the buyer to terminate items when a material adverse effect occurs. This 247 page opinion provides what may be the definitive analysis of such terms as “material adverse effect,” “reasonable best efforts” and “all actions necessary” that are often found in merger agreements. It is also a great source of the key reference materials that the Court of Chancery is increasingly turning to in interpreting what such terms mean in the real world. For example, it teaches that a MAE clause is focused on the target company’s own performance as different from the industry that it belongs to and explains the degree and length of a downturn needed to find an MAE. More ›

Are Directors Liable for Unforeseen Calamities?

The answer to the question posed in the title to this article may seem devious to you. After all, the answer must be “no” if we want anyone to serve on a corporate board of directors. Yet this question continues to pop up as discussed in the recent decision of the Delaware Court of Chancery in Marchand v. Barnhill, C.A. No. 2017-0586-JRS (Sept. 27, 2018). More ›

This massive decision is a primer on Delaware director fiduciary duty. It covers just about all the important issues, with an enormous amount of citations and explanation. It is particularly helpful in showing how directors must meet their disclosure obligations, both to their other directors and to stockholders. It is, of course, very much a product of its unique facts. More ›

This is the rare decision that declines to approve the settlement of a derivative suit. The Court rejected the settlement because the proposed terms required the corporation, as a nominal defendant, to release breach of fiduciary duty claims against the director defendants in return for which those directors would agree to make disclosures already required by law. The Court viewed that agreeing to do what you had to do anyway as providing no real consideration for the release of the claims. This result illustrates the scrutiny the Court of Chancery applies to such settlements that affect corporate and stockholder rights.

In this decision by the Complex Commercial Litigation Division, the Court held, for the first time, that under 6 Del. C. 1-308, a party may make a payment with a reservation of rights under without having to plead duress.  The Court held that this section was designed to permit parties to a contract – like the plaintiff here – to continue performance even while a dispute between parties is unresolved.  In doing so, the Court held that Section 1-308 superseded the Supreme Court’s decision in Western Natural Gas Company v. Cities Service Gas Company, 201 A.2d 164 (Del. 1964) in that respect.

Under Kahn v. M&F Worldwide Corp., 88 A.3d 635 (Del. 2014), commonly referred to as MFW, a controller may gain the benefit of business judgment review when it conditions a transaction—from the outset (i.e., ab initio)—on two procedural protections.  Those involve approval by (i) an independent special committee and (ii) a majority of the minority stockholders.  The point of the timing requirement is that the controller disables its influence from the beginning, instead of using the option as a bargaining chip when negotiating economic terms. More ›

This is a good decision for its explanation of when a non-compete agreement will be enforced when it does not have a geographical limit. If the agreement speaks to not engaging “in competition with” the former employer, that provides a limit based on what customers the old employer had and is enforceable as a result.

Delaware will enforce non-compete agreements against former employees, but generally California law bars such agreements. This decision explains how to determine which state’s law applies by looking to how important is the public policy of each state on the issue before the Court. Because California does enforce a choice of Delaware law when that choice is the subject of negotiation, not coercion, the Delaware choice of law was upheld. Note that under a different California statue then in force, a contrary result was reached in the Ascension Insurance Holdings v.Underwood case.

Court Of Chancery Explains Limits On Duty To Know

By Edward M. McNally on October 2, 2018
Posted In Derivative Claims

When something bad occurs in a business, it now seems inevitable that the directors may be sued. The most popular form of suit now seems to be a securities claim based on a failure to have disclosed the danger the entity faced that has now come home to do it harm. This decision shows why securities claims are in fashion for those events. For as it points out, there is not liability under Delaware corporate law for simply failing to prevent harm to the corporation. Something more is needed to show the directors acted in bad faith, such as a red flag warning of the need to act to prevent the harm. Thus, the decision dismissed a complaint that only alleged the directors did not do as much as might have been done to prevent the bad events from harming their entity.