By Morris James LLP on November 27, 2017
Posted In Fiduciary Duty

This is an interesting decision with potential implications for future shareholder litigation. Briefly, the complaint alleged that, in connection with a proposed merger, the controlling shareholder secured a side deal at the expense of the corporation and its other shareholders. However, the merger had yet to close and the plaintiff sought only money damages while favoring the merger’s consummation. Further, the plaintiff was trying to advance a direct claim for money damages based on the side deal, as well as derivative allegations based on harm to the company. Under these circumstances, the Court held the action was premature and stayed it until the merger either did or did not take place, when the path forward would be more certain.

A cardinal principle of Delaware law is that directors manage the business and affairs of a Delaware corporation. This includes decisions regarding whether to pursue claims against officers and directors whose breach of duty may have injured the company. A stockholder who believes that the board is not pursuing claims of wrongdoing that harmed the company must first demand that the board investigate or pursue those claims so that the board has an opportunity to exhaust intra-corporate remedies.

It is only if the stockholder believes that demand would be futile that the stockholder can skip that step and file a derivative claim on behalf of the corporation. In that circumstance the stockholder must plead adequately why demand would have been futile or have the action dismissed for failure to do so.  Lenois v. Lukman, C. A. No. 11963-VCMR (Del. Ch. Nov. 7) is the most recent guidance from the court on the topic of demand futility and the case illustrates, among other things, that the mere fact that one officer or director may have acted in bad faith does not suffice to excuse demand if the plaintiff is unable to plead particularized facts demonstrating that a majority of the board could not act impartially upon a stockholder demand. Where a company has an exculpatory provision in its charter under Section 102(b)(7) that means a plaintiff must plead facts showing that a majority of the board faces a risk of liability for claims not otherwise exculpated, i.e., claims for violation of the duty of loyalty or for not acting in good faith. More ›

This decision has potential far-reaching consequences for shareholder-plaintiff litigation. As is well known, some entrepreneurial plaintiff-side corporate law firms advertise that they are “investigating” matters following a corporation’s report of some misfortune. That is done to attract a stockholder as a potential client. They then use that client’s status as a stockholder of the corporation to bring suit or, often, to demand an inspection under Section 220 of the DGCL of the books and records they need to support a well-pled complaint. This decision holds that when the demand is really generated by the law firm, and not the client, inspection will be denied for failure of an actual “proper purpose.” The case turned on its facts showing that the client had no real interest in what the law firm wanted to investigate. While some will argue that problem may be cured by a better “informed” client, that perhaps is too cynical. We shall see if this decision makes it harder for such plaintiff-side firms to bring such cases in the future.

Be Careful What You Ask For in a Section 225 Case

Delaware recognizes the need to promptly resolve disputes over the composition of the board of directors of a Delaware corporation.

Delaware recognizes the need to promptly resolve disputes over the composition of the board of directors of a Delaware corporation. Section 225 of the Delaware General Corporation Law provides that the Delaware Court of Chancery may “hear and determine” who is on the board. Those proceedings are “summary” in nature meaning that the entire case can go to trial in 90 days or less from the date the complaint is filed or even less when the circumstances warrant extra expedition. This fast adjudication, however, warrants special caution as a recent Court of Chancery decision points out. More ›

Morris James LLP is pleased to announce it received 28 recognitions in Delaware Today magazine’s 2017 Delaware Top Lawyers issue.  The recognized lawyers were chosen by their peers in a survey to members of the Delaware State Bar Association.

Some assume that a statute of limitations will not apply in the Court of Chancery. But as this decision illustrates, that is an oversimplification. The Court of Chancery may well use the same statute of limitations period applicable in an action at law, by analogy, under the equitable doctrine of laches.  This is especially true when the claim is a legal one seeking legal relief.  This decision also illustrates an important point regarding claim accrual.  When a claim arises out of an obligation to make a series of payments over time, it is possible the Court will start to run the laches period from the first non-payment. In other words, subsequent non-payments might not constitute a new claim with a new limitations period or otherwise lengthen the time period to sue.

Court Of Chancery Issues A Definitive Opinion on Aronson

This case illustrates the power of well-functioning special committee to diffuse the potentially corruptive influence of a self-interested controller on a transaction. The result of a well-functioning special committee in this case was that the derivative plaintiff was unable to get around the pre-suit demand on the board requirement.  Applying the second prong of the Aronson test for demand futility, the Court interpreted that portion of the test to require the plaintiff sufficiently allege that a majority of the board faces a substantial likelihood of liability for non-exculpated claims. In other words, that a non-exculpated claim may be brought against less than a majority of the board or some other individual at the company, or that the board committed exculpated duty of care violations, will not alone prove demand futility.

By Morris James LLP on November 9, 2017
Posted In News 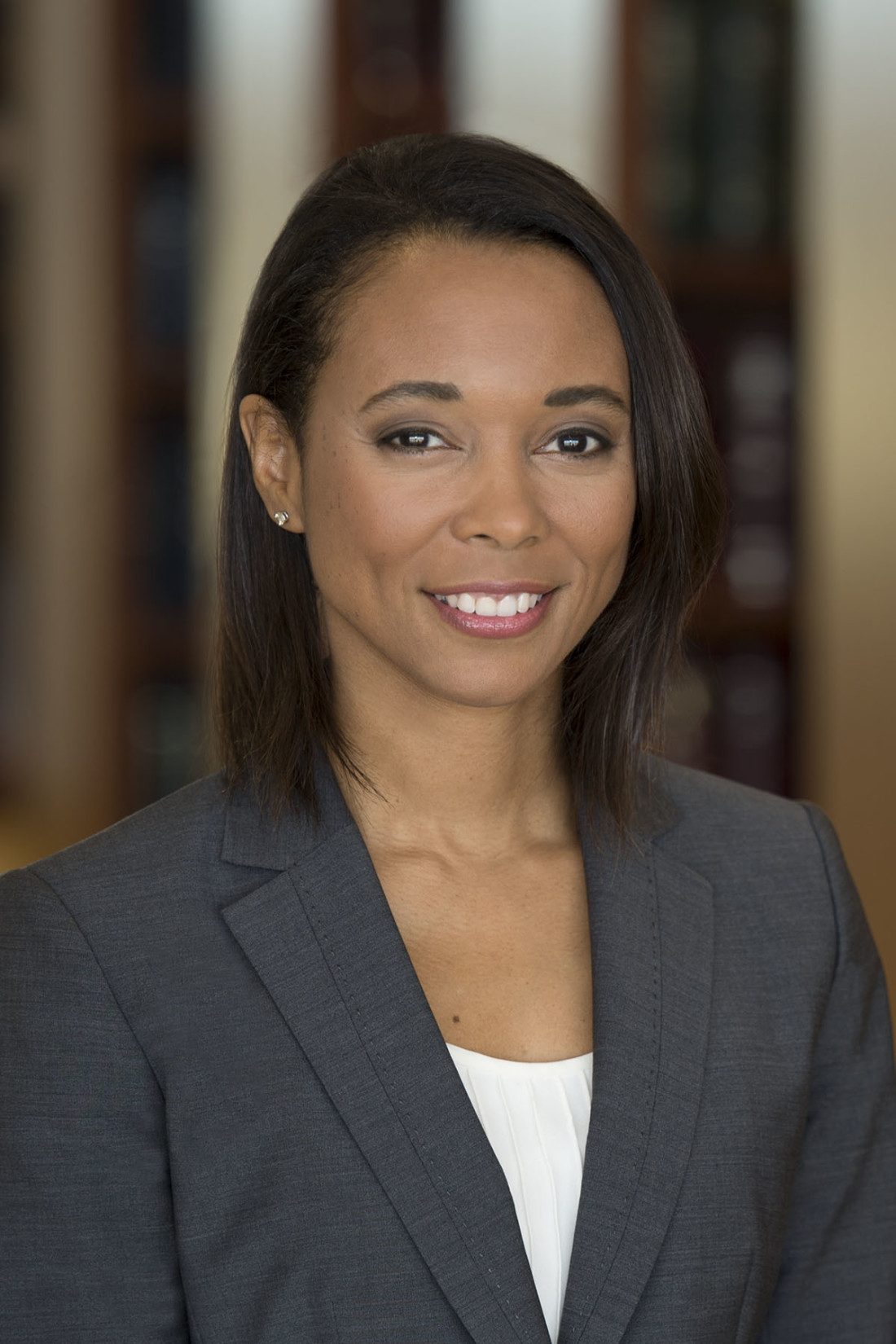 As a member of the Jurisdictional Improvement Committee, Morris James Partner Patricia A. Winston will serve on a team tasked with taking a comprehensive look at reforming and updating the jurisdictional authority of each of Delaware's courts.  Recently formed by the Delaware Judiciary, the Jurisdictional Improvement Committee was created in response to the Joint Study of the Delaware Courts by the Delaware Chapter of the American College of Trial Lawyers (ACTL) and the Delaware State Bar Association (DSBA). The Committee’s mission is to help the Delaware Courts operate more productively and efficiently by eliminating unnecessary overlap in the trial courts’ jurisdiction and by assigning certain types of cases to the trial court best positioned to address those cases cost-effectively and expertly.  More ›

With every contract under Delaware law comes the obligation to not act so as to deprive the counter party of the benefit of its bargain. This implied obligation plays a limited role, however, and does not trump the contract’s plain terms. This decision addresses this principle in an earn-out dispute surrounding terms about profits and taxes.

This decision resolves a unique dilemma: what to do when the contracting parties agree to an arbitration clause designating a specific arbitrator (the former mediator in the case) to resolve disputes, but, it turns out, he will not serve in that capacity and the parties cannot agree on a replacement. Under the facts of this case, which involve the JAMS rules, the Court enforces the arbitration clause so that the chosen but unavailable arbitrator can decide whether he should pick his successor as a matter of procedural (as opposed to substantive) arbitrability.

Under the Cryo-Maid factors, a Delaware court may dismiss a suit on forum non conveniens grounds only after the defendant shows that litigating in Delaware would impose overwhelming hardship.  Under the McWane doctrine, when a Delaware action is not the first-filed suit on the subject matter because there is a prior pending suit elsewhere, however, a Delaware court has discretion to dismiss or stay the later-filed suit whether or not the defendant faces overwhelming hardship. This decision deals with a particular convergence of these two doctrines, answering the question: when a first-filed suit elsewhere is procedurally dismissed and thus no longer pending, is a motion to dismiss for forum non conveniens in a later-filed Delaware suit still subject to the more plaintiff-friendly overwhelming hardship standard? The short answer is no.  But that doesn’t mean the suit should be subject to the more defendant-friendly McWane standard instead. Rather, as the Court holds here, there is a middle ground, tilted to neither plaintiff nor defendant.  The Court rules that the Cryo-Maid factors relevant to a showing of overwhelming hardship control the analysis, but requires only that the factors favor dismissal, rather than establish overwhelming hardship.

Books and records actions are heralded as the “tools at hand” for litigators pursuing shareholder claims against a corporation.  In fact, the Delaware Court of Chancery has been critical of litigants who failed to take advantage of a shareholder’s right to request the books and records of a corporation prior to commencing litigation against the corporation.  See, e.g., Thermopylae Capital Partners v. Simbol, 2016 WL 368170, at *17 (Del. Ch. Jan. 29, 2016). And while many shareholders have utilized Section 220’s summary proceeding to get a corporation’s books and records, Delaware courts have approved certain conditions on the use of those records. As discussed below, the Court of Chancery recently approved a company’s proposed incorporation condition, assuring the company that all the documents it produces pursuant to a books and records demand will be incorporated, even if not explicitly referenced, in any subsequent litigation where the plaintiff relies on any of the records produced by the company. More ›