On this episode of CorpCast, we continue our “Better Know a Judge” series with an interview of the newest member of the Delaware Court of Chancery, Joseph R. Slights, III. Joe discusses why he took a pay cut while his children are in college, his background, some advice for young lawyers, as well as what he’s looking forward to and dreading when he gets on the bench.

Love what you hear? Go to our podcast tab for archived episodes and be sure to follow @DECorpCast for the latest updates. If you have questions or comments, you can reach us at CorpCast@morrisjames.com. Thank you for listening! More ›

This is an interesting decision in the master limited partnership context because it shows how far a limited liability agreement may go to limit member rights to disclosures even in a conflicted deal. If the partnership agreement waives fiduciary duties and also states what disclosures are due to members asked to vote on a deal, then the specified disclosures are what they get, nothing more. Here the agreement stated that the members were to receive just the merger agreement.  Of course, the members still had the right to object to the merger and that at least gave them some say over the transaction.

Are Disclosure-Only Claims Dead Yet?

Are "disclosure only" claims now at an end in Delaware? Following the Delaware Court of Chancery's Jan. 22 decision in In re Trulia, 129 A.3d 884 (Del. Ch. 2016), various commentators have concluded Trulia "likely spells the end of disclosure-only settlements in Delaware." But as Monty Python famously said, "I am not dead yet," and the same may be true of claims attacking a corporate transaction for want of adequate disclosures. More ›

On today’s episode of CorpCast, we are joined by our colleagues Ian McCauley and Laura Readinger. Ian and Laura’s practice focuses on eDiscovery, and this episode covers Delaware developments on the subject over the past 16 months.

We cover global issues such as the role of Delaware counsel in discovery, and the Court of Chancery’s growing concern regarding the conduct of counsel throughout discovery. We also take a look at defensible document collection, preservation of text messages, and production of personal email. Finally, we discuss very narrow topics that the Court has tackled, including production of metadata and document review. More ›

Contractual Stipulations of Irreparable Harm: Helpful But Not Determinative

Business contracts frequently contain remedy clauses whereby the parties agree that a breach constitutes irreparable harm entitling the nonbreaching party to specific performance or injunctive relief to enforce the agreement. The effect of such clauses seemed to be settled in Delaware when the Delaware Supreme Court in Martin Marietta Materials v. Vulcan Materials, 68 A.3d 1208, 1226 (Del. 2012), stated that "contractual stipulations as to irreparable harm alone suffice to establish that element for the purpose of issuing ... injunctive relief." However, cases before and after Martin Marrieta make clear that such clauses constitute a party stipulation and admission, but do not alone establish irreparable harm sufficient to warrant preliminary injunction relief. In a recent Court of Chancery decision, Vice Chancellor John W. Noble discussed the helpful, but nondeterminative, effect of such remedy clauses, making clear that the ultimate determination of harm necessary to support injunctive relief rests with the court, not the parties, as in The Renco Group v. MacAndrews AMG Holdings, C.A. No. 7668-VCN (Del. Ch. Feb. 19, 2016). More ›

Litigators often have the tendency to seek similar, if not identical, information from multiple sources. As an opponent has an interest in withholding harmful information, third-party discovery may be critical to proving a claim or defense. In Hamilton Partners v. Highland Capital Management, C.A. No. 6547-VCN (Del. Ch. Feb. 2, 2016), the plaintiff appeared to take the approach of seeking similar information from both the defendant and relevant third parties. The defendant challenged this practice by opposing the plaintiff's motions for commissions and third request for production of documents as, among other things, duplicative, cumulative and oppressive. According to the defendant, because the plaintiff's discovery sought "largely the same information from each non-party and the third request and the motions [sought] information already sought in the first and second requests, the plaintiff's discovery effort has become unnecessarily cumulative and 'oppressive.'" The Delaware Court of Chancery disagreed, finding that, because the requests were not fully duplicative, they were not objectionable. More ›

Joseph R. Slights, III and Ian D. McCauley spoke on panels at the Delaware State Bar Association Women and the Law Section's Retreat, which was held on March 4th and 5th, 2016.

Ian D. McCauley spoke on the first panel of the retreat that dealt with various technology issues impacting lawyers.  This panel discussed various issues including the ethical considerations of social media, the discovery of electronic material, and the use of technology in the courtroom.

Joseph R. Slights, III spoke on a panel which tackled common issues that a practitioner confronts, such as building a network to benefit or advance one’s career, and understanding how to manage clients effectively.  This panel also provided insight into practical office management. 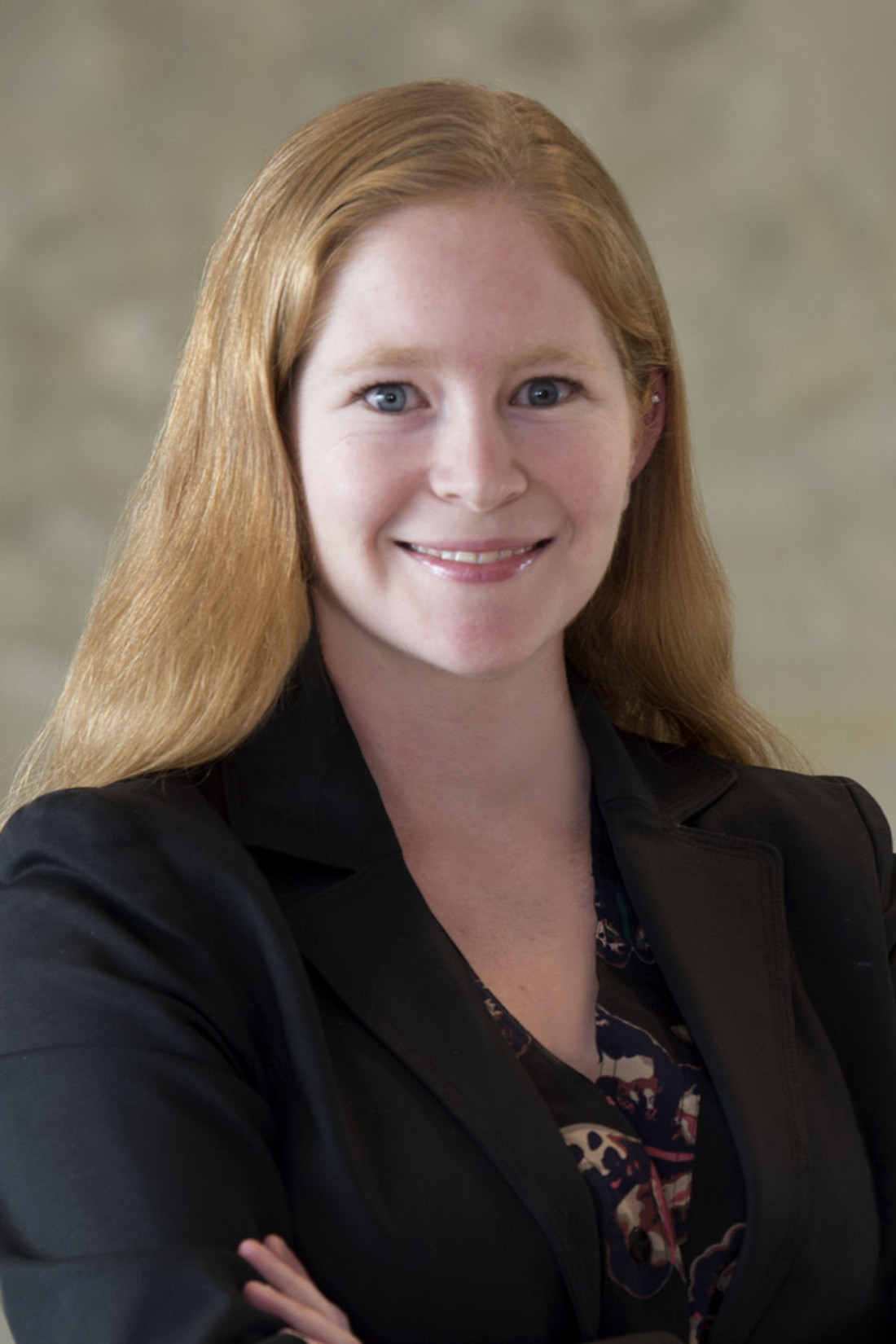 Morris James is pleased to announce that Laura G. Readinger was admitted to the Delaware Bar on March 2, 2016. Ms. Readinger is an associate in Morris James’ Business Litigation group focusing on dealing with the challenges associated with electronic discovery. She provides effective and efficient project management solutions to clients in what is a complex and continually changing area of litigation. Prior to joining Morris James, Laura gained experience in family law, immigration law and litigation.

Court Of Chancery Limits Fiduciary Claims Based On A Contract

A recurring problem in Delaware jurisprudence is whether breach of contract and fiduciary duty claims may proceed simultaneously. This decision explains when they are duplicative of one another so that the secondary claim [here the breach of fiduciary duty one] should be dismissed.

This decision states what should be obvious — you do not get your expenses advanced until you undertake to repay them if you lose. Note the opinion also sets out the process to have advancement claims processed by a  special master.

As is well known, a former director may be entitled to have his fees advanced in suits against him even after he has resigned from the board. This decision explains the history behind those rights and how they have been steadily expanded over the years. It upholds advancement for acts committed as a director but not for post-resignation acts. It also sets out yet another way in which disputes over the amounts to be advanced will be determined.

This is another in a series of decisions dealing with the allegation that a minority stockholder controlled a deal through its control of a majority of the board of directors. Its analysis of when such control is present is very helpful. It also points out that there is a Section 228 violation when stockholders are asked to sign stockholder consents without being provided with all the documents needed to understand what that consent includes.

When a Director May Inspect the Company's Books and Records

Section 220(d) of the Delaware General Corporation Law (DGCL) permits a director to inspect a company's books and records "for a purpose reasonably related to the director's position as a director." It is well settled under Section 220 that a director's access to corporate books and records is broader than that of stockholders. A director, who has a proper purpose for inspection, i.e., reasonably related to his or her position as a director, has "virtually unfettered" access—at least equal to that of other board members—to inspect the books and records of the company. The broad inspection rights of directors to access corporate books and records relative to that of stockholders under Section 220 are correlative with the directors' fiduciary obligations to stockholders "to protect and preserve the corporation." However, in contrast to the broad scope of discovery permitted in a plenary action under the Delaware Court of Chancery Rule 26, Section 220 limits inspection (even by directors) to documents and communications that fall within its more limited "contemplation of 'books and records,'" which correlates with the "summary nature of a Section 220 proceeding." More ›

In general, an amended derivative complaint does not need to show that demand is excused if it was excused for the filing of the initial complaint. However, as this decision points out, when the amended complaint alleges an independent, new derivative claim that fails to meet the “claims already in litigation” standard (which refers broadly to the acts and transactions in the original complaint), then the right to assert that new claim must be established by showing that demand was excused.

When only one of two related contracts has an arbitration clause, the Court can still require arbitration of a dispute under the contract lacking that clause. The question is whether the two contracts deal with the same subject matter and that is not as easy to decide as it may appear. For example, if the two contracts need to be read together to accomplish the parties’ intent, such as where one contract defines certain necessary terms while the other does not, then an arbitration clause in one contract may require arbitration of disputes that nominally arise under the other contract as well. While employing Illinois law, this decision helps guide how to determine if the relationship between the contracts warrants compelling arbitration.

An “attorney charging lien” allows an attorney to recover compensation for his services from a fund recovered with his assistance.  This decision limits the application of such liens to recoveries where the attorney has not already been paid for the work that led to that recovery.  In other words, if you have already been paid for the work that generated a fund, you cannot lien that fund for other work that did not generate it, even if it occurred in the same litigation.

Court Of Chancery Applies Demand Analysis To Changed Board

This is an interesting decision because it applies the demand rules in a derivative case to an odd situation — when some but not all of the board members have changed between when the challenged conduct occurred and when the complaint was filed. The Court held that the demand rules need to be applied to the board in place when the complaint was filed. The changes in the board’s composition made it necessary for the analysis to consider the relationships of new to old board members, particularly as to the independence of the new members. The decision also is a good source for the facts that determine independence. Such facts as common board memberships or how the stock exchange rules apply do not show a lack of independence in themselves.

By Morris James LLP on March 1, 2016
Posted In Jurisdiction

Rejecting the Court of Chancery’s narrow reading of the director/officer implied consent statute in Hana Ranch, Inc. v. Lent, 424 A.2d 28, 30 (Del. Ch. 1980), an interpretation that had been followed by lower courts for decades, the Delaware Supreme Court ruled that a non-resident officer sued in Delaware is subject to personal jurisdiction in actions brought “by or on behalf of, or against” the corporation if that officer “is a necessary or proper party” to the case, even if the case does not involve an alleged breach of the officer’s fiduciary or statutory duties. More ›