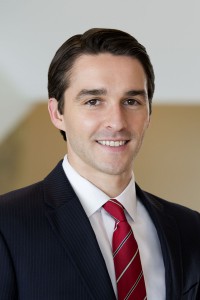 The Court of Chancery’s highly-publicized decision in In re Trulia, Inc. Stockholders Litigation, 129 A.3d 884 (Del. Ch. 2016) (Bouchard, C.) (discussed here) took aim at the problem of disclosure-only settlements and class-wide releases in M&A litigation.  Trulia announced the Court’s preferred approach for adjudicating disclosure claims – either (1) on a pre-closing preliminary injunction motion, or (2) on a mootness fee application after defendants moot plaintiffs’ claims with voluntary supplemental disclosures.  Trulia also warned that parties choosing the “suboptimal” disclosure-only settlement and class-wide release path should expect the Court to be “increasingly vigilant” in assessing the reasonableness of the “give” and “get.”  After Trulia, the Court will only approve disclosure-only settlements if the supplemental disclosures address a “plainly material” misrepresentation or omission and the release is “narrowly circumscribed.”

When setting forth the “plainly material” standard for disclosure-only settlements in Trulia, Chancellor Bouchard noted that disclosures need not be plainly material to support a mootness fee award.  In the Chancellor’s words, awards in the mootness fee scenario “may be appropriate for supplemental disclosures of less significance than would be necessary to sustain approval of a settlement.”  Id. at 898 n.46.  The Court of Chancery has since adhered to this view in Louisiana Municipal Police Employees’ Retirement System v. Black, 2016 WL 790898 (Del. Ch. Feb. 19, 2016) (Noble, V.C.) (discussed here).  There, then-Vice Chancellor Noble awarded a mootness fee for disclosures that were material, “if not much more than material,” noting that “Trulia does not require a ‘plainly material’ inquiry in the mootness fee award context.”  Id. at *7 n.53.

No Court of Chancery opinion, however, addressed whether, post-Trulia, a disclosure must at least cross the threshold of materiality to support a mootness fee award until the recent decision in In re Xoom Corporation Stockholder Litigation, 2016 WL 4146425 (Del. Ch. Aug. 4, 2016) (Glasscock, V.C.).  In Xoom, Vice Chancellor Glasscock held that the standard for disclosures on a mootness fee application is whether the disclosure was helpful and there was a benefit to the class, and not whether the disclosure was material.

The underlying action in Xoom concerned the merger through which PayPal acquired Xoom Corporation.  The merger closed in late 2015, after receiving near-unanimous stockholder approval.

The action got to the mootness fee stage after the parties followed the procedure recommended by Trulia.  Shortly after the merger’s announcement, several plaintiffs brought price and process claims challenging the merger in the Court of Chancery.  Soon after Xoom filed its preliminary proxy, plaintiffs added breach of fiduciary duty claims based on alleged misstatements and omissions.  Days later, Xoom mooted several of these disclosure claims in its definitive proxy.  The Court then heard and denied plaintiffs’ motion to expedite their claims for pre-closing injunctive relief.  Plaintiffs later voluntarily dismissed their action with prejudice to themselves only, while reserving their right to seek a mootness fee.

Plaintiffs subsequently filed a mootness fee application and sought $275,000 in attorneys’ fees based on four supplemental disclosures.  The disclosures concerned (1) fees paid to Xoom’s financial advisor by PayPal’s former owner before the deal, (2) the value to Xoom of any potential recovery for a costly fraud on the company, (3) further details into the financial analysis performed by Xoom’s banker, and (4) details of talks regarding post-closing employment for some of Xoom’s management.  Defendants argued that the Court should not award any mootness fee because the disclosures were not material.  In the alternative, they argued that the Sugarland factors for deciding fee awards could not support an award close to the amount plaintiffs sought.

Court of Chancery Finds that the Standard for a Disclosure Mootness Fee Award is a Benefit to the Class, Not Materiality

The Court first rejected defendants’ argument that the disclosures must be material to support a mootness fee award.  In doing so, the Court distinguished the mootness fee context from the disclosure-only settlement context.  The Court recognized that Trulia requires disclosures to be plainly material to support a settlement and a class-wide release.  In the mootness context, however, there is no class-wide release.  Instead, the dismissal is with prejudice to the named plaintiffs only.  Thus, there is no “give” by the class (i.e., a waiver of class rights) to balance against the disclosure “get.”  In the Vice Chancellor’s view, therefore, “a fee can be awarded if the disclosure provides some benefit to stockholders, whether or not material to the vote.  In other words, a helpful disclosure may support a fee award in [the mootness] context.”  Id. at *3.

The Court went on to find that the four disclosures at issue were “mildly helpful,” “somewhat valuable at best,” “somewhat of value,” and of “minimal benefit,” respectively.  Id. at *4.  Although none of the four disclosures was “particularly strong,” the Court found the disclosures represented a “modest benefit” sufficient to support a fee award.  Id.  Applying the well-known Sugarland factors, the Court entered a $50,000 award.  In doing so, the Court made an analogy of the position of plaintiffs’ counsel to that of a rodeo bull-rider which should provide comfort to disinterested and independent directors who oversee an adequate sale process:  “It takes a good rider to ride a good bull, but not even a great rider can wring a high score from a bad bull.  Not even great counsel can wring significant stockholder value from litigation over an essentially loyal and careful sale process.”  Id. at *5.

The Xoom decision holds that disclosures need not be material to support a mootness fee award; instead, merely helpful disclosures may support a modest award.  Notably, some might argue that Xoom is at odds with pre-Trulia Court of Chancery decisions.  See In re Sauer-Danfoss, Inc. Shareholders Litigation, 65 A.3d 1116, at 1128 (Del. Ch. 2011) (Laster, V.C.) (“Remedying an immaterial omission through supplemental disclosures does not benefit stockholders and will not support a fee award.”).  Whether or not the decision represents a consensus view within the Court, practitioners should consider Xoom when navigating the post-Trulia landscape and advising clients on whether to voluntarily moot disclosure claims, or on how to privately negotiate a fee for those mooted claims.