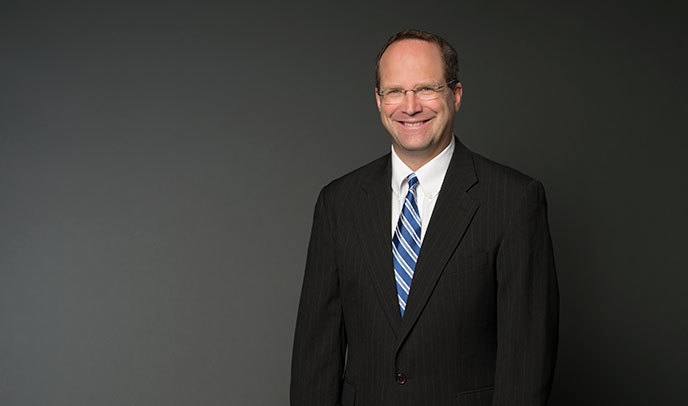 In reversing the Court of Chancery’s decision that Austrian law applied to the interpretation of whether a forum selection clause was permissive or mandatory, the Delaware Supreme Court ruled that, to the extent prior decisions were unclear on the issue, a party seeking the application of foreign law in a Delaware court has the burden not only of raising the issue of the applicability of foreign law under court rules, but also, of establishing the substance of the foreign law to be applied.    More ›

To avoid demand futility and standing requirements for a derivative claim, the plaintiff stockholders in Sheldon v. Pinto Technology Ventures, No. 81, 2019 (Del. Oct. 4, 2019) attempted to plead a direct claim for dilution of their voting and economic interests by alleging that several venture capital firms constituted a “control group” of stockholders under Gentile.

Dilution claims are “classically derivative” under Delaware corporate law. In Gentile v. Rossette, 906 A.2d 91 (Del. 2006), the Delaware Supreme Court recognized an exception that dilution claims can be both derivative and direct in character when: “a stockholder having majority or effective control causes the corporation to issue ‘excessive’ shares of its stock in exchange for assets of the controlling stockholder that have a lesser value; and the exchange causes an increase in the percentage of the outstanding shares owned by the controlling stockholder, and a corresponding decrease in the share percentage owned by the public (minority) shareholders.” More ›

The Delaware Supreme Court affirmed the Court of Chancery’s dismissal of an alleged direct claim for dilution of the voting and economic interests of plaintiff stockholders because they failed to adequately plead that several venture capital firms constituted a “control group.”  The Court began its analysis with a review of the standard for a controller or control group under Delaware law.  In Gentile v. Rossette, 906 A.2d 91 (Del. 2006), the Court ruled that multiple stockholders can constitute a control group if they are connected in some legally significant way, such as by contract or other agreement, or working together towards a shared goal.  The Court noted the guideposts that define a “control group” established by In re Hansen Medical, Inc. Stockholders Litigation, 2018 WL 3025525 (Del. Ch. June 18, 2018) and van der Fluit v. Yates, 2017 WL 5953514 (Del. Ch. Nov. 30, 2017). More ›

The Court of Chancery held that plaintiff common stockholders’ fiduciary duty claims challenging the company’s overpayment for dilutive preferred stock issuances were derivative in nature because plaintiffs failed to adequately plead the existence of a controller or control group that benefited at the expense of the minority stockholders.  The Court evaluated the common stockholders’ arguments under the standard set forth by Gentile v. Rossette, 906 A.2d 91 (Del. 2006), which provides that minority stockholders may seek direct relief for dilution claims when a controller or control group benefits at the expense of the minority stockholders’ economic and voting rights.  Gentile requires that a plaintiff plead facts sufficient to establish that a control group’s members are connected in some “legally significant way” and work together toward a shared goal, such as voting or other decision making.  The Court also relied upon Dubroff v. Wren Holdings, which emphasized that the existence of a control group does not require a formal contract, but there must be some indicia of an actual agreement that amounts to more than mere parallel interests among the group members.  More ›

In Columbia Pipeline Group, the Court of Chancery applied the appraisal precepts established by the recent appellate precedent in DFC, Dell and Aruba to conclude that the deal price was a persuasive indicator of fair value.  After framing the current state of appraisal law and thoroughly examining the sales process, the Court found that the merger was the result of an arms-length transaction with a third party, and contained sufficient indicia of a fair process to conclude that the deal price was a reliable indicator of fair value.  In support of its finding that the sales process was fair, the Court also pointed to the lack of conflicts at the board level, the acquiring company’s due diligence, and that the target company contacted other potential buyers that all failed to pursue a merger. Additionally, the Court found that the target company extracted multiple price increases during the deal-negotiation process, and that no other bidders emerged during the post-signing phase, which is a factor that the Supreme Court emphasized in analyzing the fairness of the deal process in Aruba.   More ›

Delaware law provides for a default three-year statute of limitations period for breaches of contract, generally applicable to claims for breaches of representation and warranties and related claims for indemnification concerning stock purchase agreements or assets sales. More ›

This opinion decides a motion to dismiss fraud and related tort claims arising out of various investments against a former director and CEO and an employee of a controlling stockholder.

When the investments turned out to be worthless, the plaintiff investor brought suit for breach of fiduciary duties and common law fraud arising from information that the investor received before investing in a company controlled by a business colleague and friend.  More ›