Ryan v. Buckeye Partners L.P. et al., C.A. No. 2021-0432-JRS (Del. Ch. Feb. 9, 2021)
Delaware is a notice pleading jurisdiction. But, even under this forgiving standard, the Court of Chancery Rule 8 still requires that the pleadings give defendants notice of the claims asserted against them. This recent decision from the Court of Chancery found that Plaintiff’s breach of a limited partnership agreement (“LPA”) claim failed to put Defendants on notice of even what provisions were allegedly breached. The Court also held that Plaintiff’s breach of fiduciary duty claims was deficient because the LPA disclaimed traditional fiduciary duties and, in all events, the claims were foreclosed by a fully informed vote under Corwin. More ›

Harcum v. Lovoi, C.A. No. 2020-0398-PAF (Del. Ch. Jan. 3, 2022)
In Harcum, the Delaware Court of Chancery dismissed all claims brought in a stockholder suit alleging fiduciary breaches in connection with the $1 billion dollar acquisition of Roan Resources Inc. by Citizen Energy Operating, LLC. The Court found that the transaction was “cleansed” pursuant to Corwin v. KKR Financial Holdings LLC, 125 A.3d 304, 312 (Del. 2015), because the plaintiff failed to adequately plead that any alleged controllers were conflicted or that the transaction was not approved by an uncoerced, fully informed stockholder vote.  More ›

Galindo v. Stover, C.A. No. 2021-0031-SG (Del. Ch. Jan. 26, 2022)
If a majority of fully informed, uncoerced, disinterested stockholders vote to approve a merger not involving a conflicted controlling stockholder, then under the Corwin doctrine, the business judgment rule applies because the vote cleanses any breach of duty (except a claim for waste). In this decision, the Court of Chancery returns to what it means for the stockholder vote to be “informed.” More ›

Kihm v. Mott, C.A. No. 2020-0938-MTZ (Del. Ch. Aug. 31, 2021)
Under the Corwin doctrine, a fully informed and uncoerced approval of a board decision by the corporation’s disinterested stockholders can downgrade an otherwise heightened standard of review to deferential business judgment review and result in prompt dismissal of post-closing M&A litigation not involving a conflicted controlling stockholder. Kihm involved a merger breach of fiduciary duty challenge and an attempt to avoid Corwin cleansing based on alleged deficient disclosures in the target board’s recommendation statement to the stockholders. More › 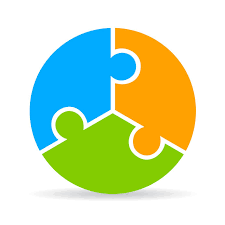