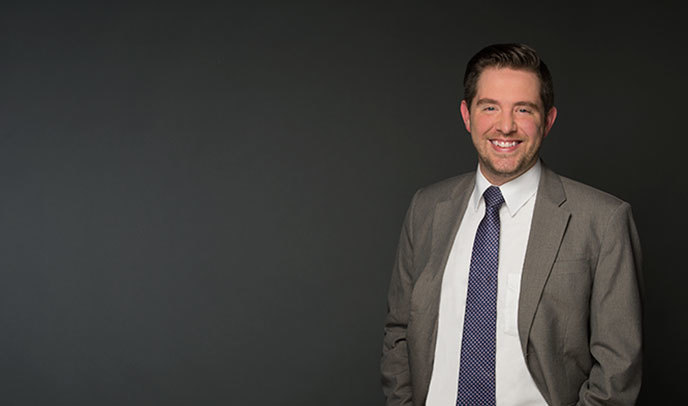 Even when its role is to determine the fair value of shares in an appraisal proceeding, credibility matters to the Court of Chancery. Following a three-party business combination, Petitioners (former minority stockholders) exercised appraisal rights under 8 Del. C. § 262. Petitioners and Respondent agreed to use a discounted cash flow analysis to determine the fair value because there was insufficient market-based evidence of fair market value. But the parties’ experts disagreed on the input values and results of the DCF analysis, leaving the Court to “grappl[e] with expert-generated valuation conclusions that [were] solar systems apart.” Mem. Op. 2.

After a lengthy comparison of the competing DCF analyses, the Court concluded that Petitioners’ calculation (with minor adjustments) represented fair value. By contrast, Respondent’s position suffered from significant credibility issues. One of the executives involved in the business combination transactions requested a backdated valuation, misrepresented the date of the valuation in discovery responses, and continued with its misrepresentation until the eve of trial. The Court also found Respondent’s expert was not credible because elements of his valuation approach were bespoke, were not used in the industry, and relied heavily on the ipse dixit of the expert. Complicating things further, Respondent disagreed with its own expert’s calculations and conclusions. These factors, combined with the superior DCF analysis by Petitioner’s expert, led the Court to accept Petitioner’s fair value calculation with only minor adjustments.

Parties who resolve a case through a mediation conducted under Court of Chancery Rule 174 should include all material provisions in any mediation term sheet. As the Order in Starkman demonstrates, Rule 174 provides no opportunity for a party to introduce mediation communications to assert that a signed mediation agreement does not accurately reflect the parties’ discussions. More ›

Delaware law sets a high bar to sufficiently plead a Caremark claim for failure of board oversight, especially when the plaintiff must satisfy the heightened pleading requirements for establishing demand futility under Court of Chancery Rule 23.1.  To overcome those hurdles, a plaintiff must plead with particularity that the board of directors either (i) utterly failed to implement any reporting or information systems or controls to address the risk that ultimately manifested, or (ii) having implemented such safeguards, consciously failed to oversee their operation and thereby disabled themselves from being informed of the risk that ultimately manifested.  For either Caremark prong, the plaintiff must sufficiently plead bad faith, essentially that the directors knew they were not discharging their fiduciary duties. More ›

Shareholders of a Delaware corporation have a qualified right to access corporate books and records for a “proper purpose.” One such proper purpose is to investigate potential mismanagement or fiduciary wrongdoing. Indeed, Delaware law encourages shareholders to use this “tool at hand” prior to bringing a derivative action. But this type of inspection has an important precondition: the shareholder must advance some evidence to suggest a “credible basis” from which the Court can infer actionable wrongdoing. As this decision involving Facebook illustrates, the credible basis standard is lenient but not meaningless, and may turn on, among other things, the potential for monetary damages arising out of the alleged wrongdoing. After a trial on a paper record, the Court of Chancery denied an attempt by two stockholders of defendant Facebook, Inc. to obtain additional documents related to the company’s executive compensation practices. More ›

Chancery Enforces Preferred Stock Consent Rights, and Reasons that Designee of a Corporate Stockholder Is an “Affiliate” of that Stockholder for Purposes of an “Interested Party” Clause

Preferred stockholders frequently obtain the right to veto specific types of transactions.  Here, plaintiff PWP Xerion Holdings III LLC (“Xerion”), a hedge fund that acquired Series A Preferred Stock in Red Leaf Resources Inc. (the “Company”), obtained consent rights for certain events, including (i) any transaction “with or for the benefit of any director or officer (or their respective affiliates)”; and (ii) any change of “the business or business plan” of the Company.  In this decision, the Court of Chancery grants partial summary judgment on Xerion’s claims that the Company violated these consent rights.    More ›

Recent Delaware Supreme Court decisions on appraisal proceedings have stressed the pivotal importance of the deal price in establishing fair value.  In this case, the Court of Chancery faced an appraisal for a transaction in which the company’s General Counsel expressed ongoing concerns about the CEO’s potential conflict in spearheading the sale process.  That gave rise to the question:  In measuring fair value, what weight should be accorded to the deal price when there is some “hint of self-interest” that may have compromised the market check?  More ›

The Court of Chancery in several recent decisions has addressed the limited circumstances in which it may have jurisdiction to enjoin future speech.  See, e.g., Perlman v. Vox Media, Inc., 2019 WL 2647520 (Del. Ch. Jun. 27, 2019); Organovo Hldgs., Inc. v. Dimitrov, 162 A. 3d 102 (Del. Ch. 2017).  Here, Vice Chancellor Glasscock explains the maxim “[e]quity will not enjoin a libel” and the limited potential exceptions.  In particular, and subject to constitutional free speech limitations, Chancery may enjoin future speech in the nature of “trade libel” as a remedy for a separate “non-speech” business tort over which it has jurisdiction. More ›

The ultimate responsibility for considering a merger falls on the board to carry out consistent with each director's fiduciary duties.  But management usually takes the lead role in negotiating with the counterparty.  It is not uncommon for stockholder plaintiffs to make hay out of a board allowing potentially conflicted members of management to pick up that mantle.  Sometimes those circumstances support a claim for breach of fiduciary duty and sometimes they do not.  This motion to dismiss decision addresses claims in that context, with the Court of Chancery finding the case falls in the latter category. More ›

Under Delaware law, stating a claim for aiding and abetting a breach of fiduciary duty requires sufficiently alleging knowing participation by the non-fiduciary.  That is not an insignificant pleading standard, as this letter opinion illustrates in rejecting a second bite at the apple by a different plaintiff. More ›

The founders of Cablevision Systems Corp., the Dolan family, in connection with a $17.7 billion acquisition of that entity by Altice Europe N.V. and Altice USA Inc., obtained a commitment in the Merger Agreement affirming that Altice would operate a particular group of regional cable news channels (News12 Networks LLC) “substantially in accordance with the existing News12 business plan … through at least the end of plan year 2020[.]”  When Altice proceeded to lay off News12 employees after the merger, the Dolan family filed an action in the Court of Chancery for specific performance.  More ›

Former directors and officers may be entitled to advancement for post-separation conduct if that conduct is "by reason of the fact" of the directors' and officers' corporate service.  In response to claims brought by former directors and officers for payments due under the parties' separation agreement, the company counterclaimed that the petitioners had breached non-compete obligations under the agreement and had improperly used the company's confidential information.  The petitioners then sought advancement under the company's charter (which incorporated DGCL Section 145’s “by reason of the fact” standard), but the company contended no advancement was necessary because the complained-of conduct followed petitioners' separation from the company. The Court of Chancery reviewed its past decisions on this issue, beginning with Brown v. LiveOps, Inc., 903 A.2d 324 (Del. Ch. 2006). The Court ultimately concluded that the case upon which the company relied – Lieberman v. Electrolytic Ozone, Inc., 2015 WL 5135460 (Del. Ch. Aug. 31, 2015) – was "difficult to harmonize" with the others. Those other cases stand for the principle that allegations of misusing confidential information obtained “by reason of the fact” of former directors’ and officers’ service to the company may trigger advancement rights – even if the alleged misuse occurs after separation and in violation of the directors' and officers' personal agreements with the company.  Consequently, the Court held that the petitioners were entitled to advancement for any counterclaims "where the underlying acts depended on or utilized confidential information [the petitioners] obtained by reason of their service at [the company.]"  By contrast, they were not entitled to advancement to defend against post-separation violations of their personal contractual obligations that had no alleged "nexus or causal connection to [the petitioners'] service” – such as by engaging in an allegedly competing business, soliciting employees and unlawfully accessing the company’s computer systems – all of which allegedly occurred without any use of confidential information obtained while in service at the company.