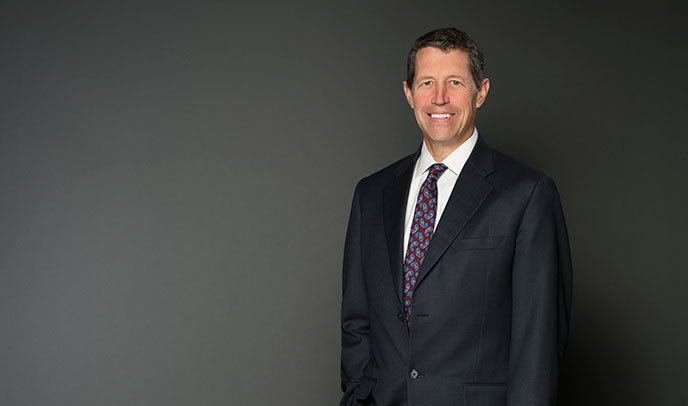 This case represents another example of the application of the “bootstrap doctrine” to define the limits of a contract party’s ability to assert a fraud claim against a counter-party. Ruling on a 12(b)(6) motion to dismiss, the Superior Court permitted plaintiff’s breach of contract claim to proceed but granted dismissal of plaintiff’s fraud claim. The Court reasoned the fraud claim was impermissibly boot-strapped to a breach of a contractual duty, and the plaintiff failed plead damages distinct from those allegedly resulting from the contractual breach.  More ›

The Court of Chancery declined at the pleadings stage to dismiss claims for breach of a governing limited partnership agreement (the “Agreement”) and tortious interference alleging that entities controlled by Carl Icahn (the “Icahn Entities”) engaged in a multi-step scheme designed to artificially deflate the market price of CVR Refining L.P.’s (the “Partnership”) common units and facilitate an involuntary buyout that conferred a windfall on the Icahn Entities. More ›

In this decision on cross-motions for summary judgment, the Delaware Court of Chancery held that a liquidated damages clause for a breach of a covenant not to compete in an employment contract (the “Non-Compete”) was unenforceable on public policy grounds. The Court noted that while Delaware will enforce a non-compete that is “reasonably tied to the interests of the employer,” liquidated damages clauses that are “untethered to the losses caused by ex-employee competition,” are unenforceable contractual penalties. More ›

The Delaware Supreme Court reversed the Court of Chancery’s decision requiring two closed-end trusts (together, the “Trusts”) to count the votes of Saba Capital Master Fund, Ltd’s (“Saba”) slate of dissident nominees at the Trusts’ respective annual meetings. The Supreme Court ruled that Saba’s nominations were ineligible because Saba had failed to respond to the Trusts’ request for supplemental information within the clear and unambiguous 5 day compliance deadline in the Trusts’ advance notice bylaws (the “Bylaws”).  More ›

This case serves as a cautionary tale when sellers’ representations in a purchase agreement fail to fully protect against the business risks in question.  According to the Court, this approach encourages contracting parties to allocate risks and draft agreements with precision.  This principle also aligns with Delaware’s pro-contractarian policy to enforce strictly the terms of parties’ agreements, especially when sophisticated parties at arm’s-length negotiate those agreements. More ›

This decision demonstrates the rare case where a breach of the implied covenant of good faith and fair dealing survived a legal challenge and resulted in a jury verdict in favor of the plaintiff. The case arose from a patent license and settlement agreement resolving a patent ownership dispute over the use of antibodies to treat Lupus. The 2008 settlement agreement gave ownership of the inventions to the defendants and obligated them to pay royalties to the plaintiff DRIT and its predecessor in interest. After paying the royalties for several years, in 2015, the defendants filed a request for a statutory disclaimer of the patent in question and notified the plaintiff that the disclaimer had the effect of eliminating any ongoing claim for royalties.  This event was not addressed in the parties’ agreement, and the court in post-trial motions upheld the jury’s verdict in favor of the plaintiff on its implied covenant claim because the evidence supported findings that the defendants’ exercise of the  disclaimer in these circumstances was an unusual event that the parties would not have reasonably anticipated, and the disclaimer was not a normal rational action and was taken solely for the purpose of discharging defendants’ royalty obligations. The Superior Court found that the defendants simply had not presented sufficient evidence to convince the jury that the defendants had a credible business justification for filing the disclaimer. The Superior Court also rejected a challenge to the testimony of plaintiff’s industry expert that the defendants’ rationale for use of the disclaimer fell outside normative, rational behavior in the circumstances. The court thus found that the jury reasonably could have found the defendants’ proffered justification to be pretextual and not credible.

Finally, the court granted damages in the form of royalties to DRIT from the time of the defendants’ breach to the date of the jury’s verdict, with a declaration of ongoing royalty obligations through the expiration of the patent. Going forward, the future royalty would be determined by the sales of the licensed drug. The court held that its ruling would uphold the expectation of the parties at the time of contracting, which was that DRIT would continue to receive royalties until the patent expired.

When a stockholder derivative claim is extinguished in a merger, the former derivative plaintiff may have standing to contest the merger directly on the ground that the entity’s fiduciaries permitted a material litigation asset to be extinguished in the merger process without value to the stockholders. In the well-known precedent In re Primedia Stockholders Litigation, 67 A. 3d 455 (Del. Ch. 2013), the Court of Chancery established a three part standing test: 1) Was the underlying claim viable? 2) Was its value material in light of the merger consideration? 3) Did the company fail to receive value for the claim in the merger because the buyer would not be willing to pursue it? Applying this test, here the Court ruled that the former unitholder and derivative plaintiff lacked standing to attack the merger and dismissed the claim.  More ›

This case again illustrates the contractual nature of Delaware alternative entities and the important interpretive role the courts perform construing alternative entity agreements when internal governance disputes arise. The case arose out of the parties’ competing requests for declaratory judgment regarding Caiman Energy II, LLC’s (“Caiman”) limited liability agreement (“LLC Agreement”). The Defendants, including Caiman and EnCap Capital Management (“EnCap”), argued that the provisions of the LLC Agreement grant EnCap plenary power with respect to a Qualified IPO, including the ability to change the definition of a Qualified IPO and to modify the procedures the contracting parties would otherwise have to take relating to a Qualified IPO. EnCap asserted that it could implement an Up-C IPO using its authority to effect a Qualified IPO. An Up-C IPO refers to a transaction whereby a limited liability company (“LLC”), which is taxed as a pass-through entity, performs an IPO through a holding company that has an interest in the LLC. Plaintiff Williams Field Services Group, LLC (“Williams”) contended that the Encap proposed Up-C IPO was inconsistent with the terms of the LLC Agreement.  More ›

This case arises out of a physician’s sale of his limited liability company interest, and his subsequent attempts to enforce oral promises outside of – and sometimes in conflict with – written agreements governed by Delaware law.  In granting the defendants’ motions to dismiss for failure to satisfy pleading standards, the Court addressed two potentially noteworthy issues.  More ›

As several Delaware decisions teach, each director, as a member of the larger deliberative body that is the board, has a fundamental right to access corporate information to carry out his or her fiduciary duties.  Thus, as a general rule, a Delaware corporation “cannot assert the privilege to deny a director access to legal advice furnished to the board during the director’s tenure.”  There are several exceptions to this rule.  More ›

The Court of Chancery is a court of limited jurisdiction. It maintains subject matter jurisdiction only for (i) equitable claims, (ii) when equitable relief is sought and no adequate remedy is available at law, or (iii) where a statute confers jurisdiction.  Applying well-recognized equitable jurisdiction principles, the Court dismissed this breach of contract action.  Although Plaintiffs sought equitable relief in the form of specific performance and an injunction, their request for equitable relief was merely a “formulaic incantation” rather than substantive.  Applying a realistic assessment of the nature of the wrong alleged and the remedy available at law, the Court concluded that a legal remedy for the breach of contract claim was available in the form of a declaratory judgment and damages, and fully adequate. Normally when a court issues a declaratory judgment establishing the parties’ respective contract rights, the court will not presume that the defendant will fail to abide by the court’s ruling in the future requiring an injunction to secure performance. A real threat of continuing injury must be shown, which was absent here. More ›

This case from the Delaware Superior Court discusses important D&O coverage exclusion issues that frequently arise during securities litigation.  Pfizer sought coverage from its insurers in connection with the defense and settlement of a securities action in the Southern District of New York.  Defendants, the excess insurers, denied coverage based on “related wrongful acts” exclusions in the policies.  They argued that the action “arose out of” or “shared a common nexus” with another action in the District of New Jersey such that the D&O policies’ exclusion provisions precluded coverage.  Noting that the contract interpretation result would likely be different if applying New York law rather than Delaware law, and that the policies lacked a controlling choice of law provision, the Superior Court first applied the Restatement’s “most significant relationship” test to determine which state law should apply.  Although some of the Restatement Section 188 factors tipped in favor of New York, the Court ruled that application of Delaware law was most consistent with the parties’ reasonable expectations at the time of contracting and with the Delaware choice of law precedent for D&O policies.  For such policies, under Delaware law, the state of incorporation, rather than the state where the corporation is headquartered, has the most significant relationship.  This also was consistent with the parties’ choice of Delaware law in the policies to govern arbitration or mediation of their disputes.  Applying well-settled Delaware law to the interpretation of the policy provisions, the Court found the two actions were not “fundamentally identical.”  Thus, the exclusion did not apply and the insurers were obligated to cover the costs. More ›

An “allegation that a transaction involves a controlling stockholder who stands on both sides is a serious one because it imposes fiduciary duties on the controlling stockholder and potentially strips directors of the deferential business judgment rule,” see Reith v. Lichtenstein, C.A. No. 2018-0277-MTZ (Del. Ch. 6/28/19). In her recent opinion in Reith, Vice Chancellor Morgan Zurn allowed a derivative complaint to proceed against a minority 35.6% stockholder because the complaint alleged with sufficient particularity that the stockholder exercised actual control in the challenged transactions, subjecting it to entire fairness review. Here the court found that the 35.6% stockholder wielded such formidable voting and managerial power in connection with a preferred stock offering and related equity grants that it was no differently situated than if it had majority control. In so ruling, the court adds Reith to a number of Delaware Court of Chancery decisions that have ruled that a minority stockholder’s exercise of actual control subjects the challenged transaction to entire fairness review.